Floyd’s murder trial draws attention in the US 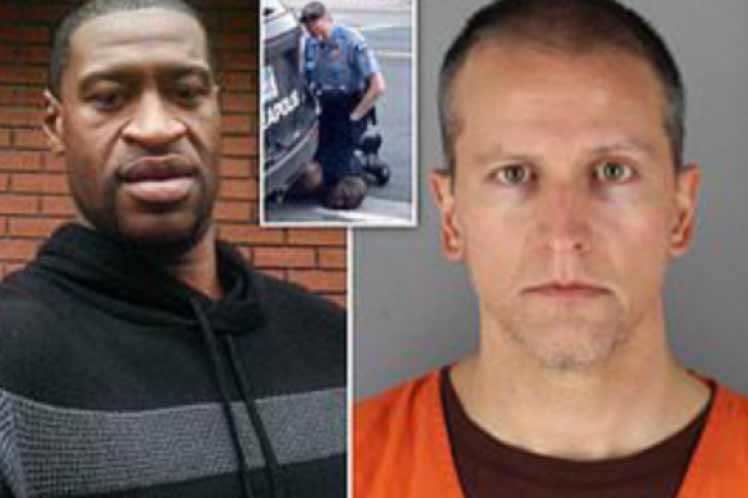 Floyd’s murder trial draws attention in the US

Washington, Mar 30 (Prensa Latina) The murder trial of the former US police officer Derek Chauvin, accused of the death of African-American George Floyd in May 2020, is currently drawing attention of the country´s media and civil society.

According to local press, there is a lot of expectation about this trial, considered the most prominent case of its kind since four LA police officers were indicted for beating Rodney King, a 25-year-old Black man, in 1991.

The trial, which began on Monday, can last about one month and is taking place at a sparsely-populated courtroom, while being followed closely by a large national audience, The Hill newspaper reported.

Only one Floyd’s family member and one Chauvin’s family member were allowed to be present as spectators at a Minneapolis court, due to restrictive measures in the wake of the Covid-19 pandemic, The Hill detailed.

At the beginning of the hearing, prosecutors displayed snatches of the video filmed by a passerby showing Mr. Chauvin pressing his knee on Floyd’s neck, his face on the floor, handcuffed and claiming he could not breathe.

The about 9-minute video is considered as the centerpiece of the prosecution’s case against former police officer.

In the opinion of Derrick Johnson, who serves as President and CEO of the National Association for the Advancement of Colored People (NAACP), ‘justice is being judged, human rights are being judged and the right to breathe is being judged.’

On Monday, White House Press Secretary Jen Psaki said that US President Joe Biden will be watching the trial closely.

Additionally, she stated that the way Floyd died raked up the kind of racial injustice and inequality that many communities are currently experiencing.

Floyd’s murder had a strong impact on national and international public opinion, and generated protests in different cities in the United States against police brutality and racism.