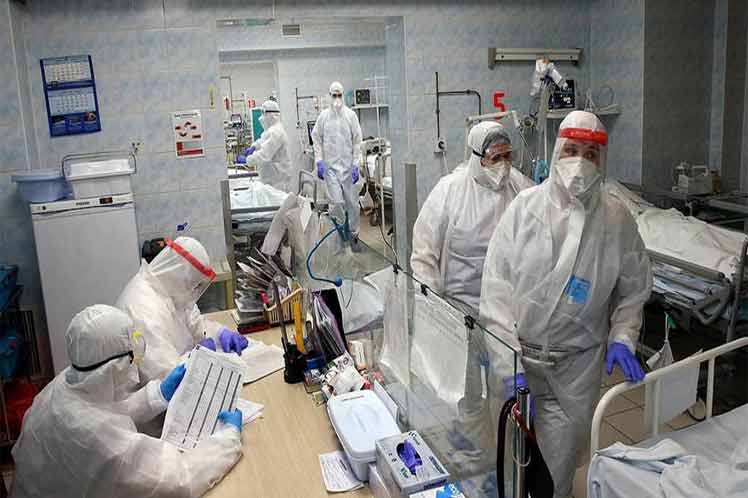 ‘Unfortunately, the second wave of contagion broke out in early 2021,’ Semenova said at a conference as part of the Medical Education Week, TASS news agency reported.

She pointed out that the current incidence rates and the disease’s trend ‘allow us to say there is a third wave of infection,’ but she underscored that all the necessary measures are being implemented to prevent it and immunize the entire population.

Semenova hoped that immunization is achieved in the next month and a half, ‘and we can speak about the decrease in coronavirus cases.’

However, she acknowledged that ‘there are still big risks, threats of infection,’ in several big provinces and cities in Russia, she concluded.

On Sunday, for his part, President Vladimir Putin told Rossiya 1 Tv channel that the country will achieve collective immunity against SARS-CoV-12 by September, if the current vaccination pace is kept.

‘In order to achieve it, it is necessary that 70 percent of the adult population gets vaccinated,’ he clarified. He claimed that, if the current immunization pace is kept, ‘we will reach that level by the end of summer.’

He highlighted that more than six million Russians have been vaccinated against Covid-19, 4,300,000 of whom have already received both doses.

The president claimed that the three Russian vaccines against the pandemic, Sputnik V, EpivacCorona and CoviVac ‘are effective, reliable and safe.’