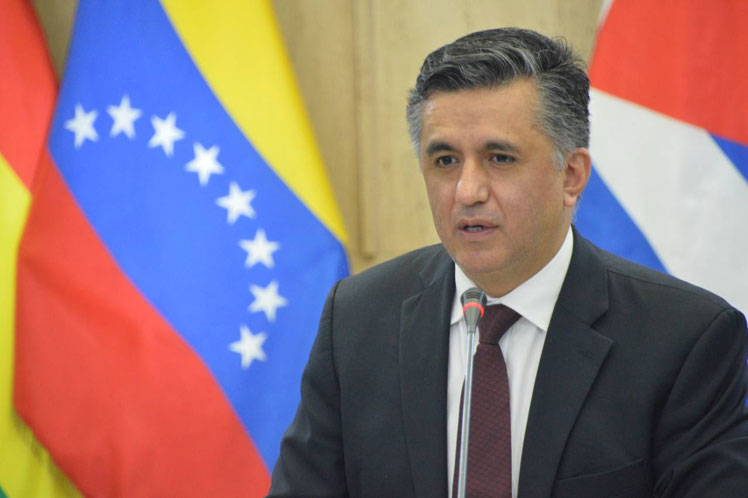 In a message on Twitter, the official pointed out that ‘Cuba is writing one of the most extraordinary pages in the history of humanity. That small island, in the midst of an inhumane and criminal blockade and a terrible pandemic, is sending doctors to dozens of countries. Moreover, it will soon have vaccines ready for the world’.

Llorenti described Cuba as ‘a great island’, and highlighted how, in spite of the coercive and unilateral measures imposed by the United States, in the midst of shortages and limitations, its medical personnel is cooperating worldwide.

In an interview with Prensa Latina, the ALBA-TCP secretary described Cuba as one of the nations that best manages the Covid-19 pandemic in Latin America, and assured that its vaccine candidates will be part of the regional organization’s drug bank in order to be distributed among member countries.

In the six decades of Cuba’s international medical collaboration, the Cuban doctors have treated 1.988 billion people in the world, almost one-third of humanity, according to official statistics posted on the website of the Cuban Ministry of Public Health (MINSAP).

Currently, more than 30,407 Cuban health professionals are working in 66 countries, distributed in permanent medical brigades and others are members of the Henry Reeve Contingent who are fighting the Covid-19 pandemic.