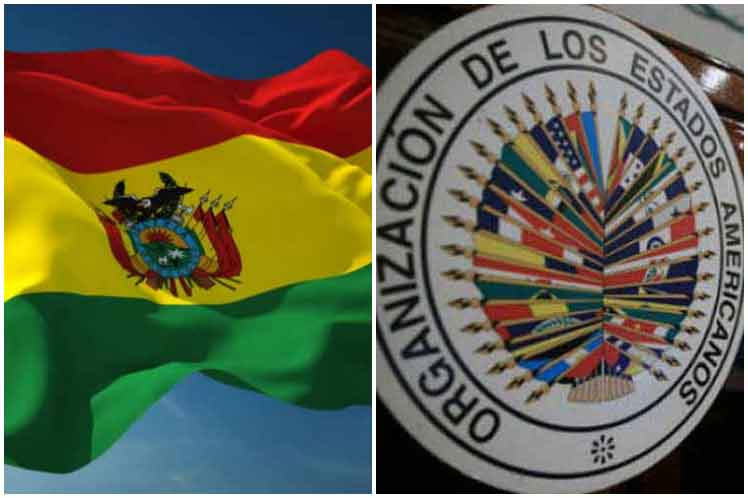 In a statement posted on internet, some 30 figures from the region declared that Almagro’s recent statements set a dangerous precedent for an organization created with the purpose of seeking consensus, promoting inter-American dialogue, and the peaceful settlement of disputes in the hemisphere.

In these statements, the Secretary General of the OAS manifests interference in Bolivia’s internal affairs by proposing, among other things, the creation of an international commission to investigate alleged allegations of corruption and to reform the Justice System, the text states.

The signatories called on Almagro to refrain from making unilateral pronouncements in which he involves all the members of the organization, without respecting the collegiate nature of his mandate and should not intervene in the internal affairs of the OAS member states.

After rejecting the new maneuver against a democratically elected government such as the Bolivian one, they also requested the OAS Member States to repudiate this type of action that damages Latin American and Caribbean democracy, puts peaceful coexistence at risk and violates the sovereignty of independent states. .

‘At the same time, we ratify the importance of respect for the sovereignty and self-determination of peoples, it is essential for peaceful coexistence between States, within the framework of the principles of international law and the Charter of the

Finally, they expressed their concerns about the recent statements by the United States Secretary of State, Antony Blinken, who is unaware of the institutional democratic recovery and intervenes in matters that are specific to Bolivians.

The document includes 12 former presidents, eight former foreign ministers, and personalities such as Adolfo Pérez Esquivel, Nobel Peace Prize, and Oscar Laborde, President of the Observatory of Democracy of the Mercosur Parliament, as well as several legislators.

Russia considers its suspension as OAS observer a serious mistake

Russia considers its suspension as OAS observer a serious mistake