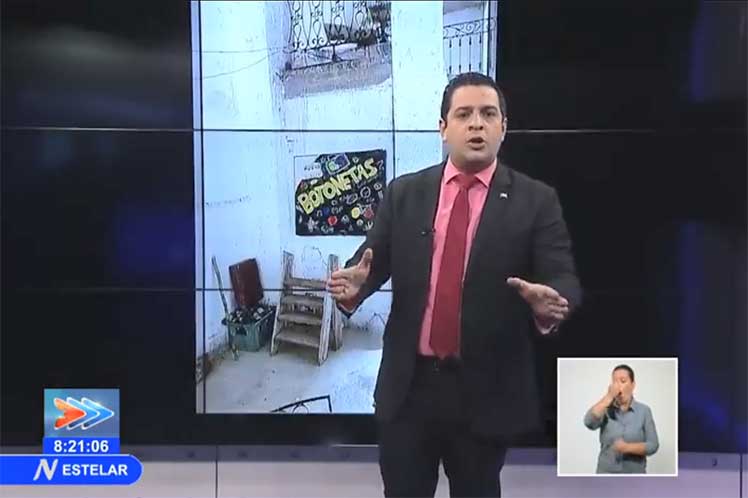 According to the television news, counterrevolutionary Luis Manuel Otero Alcántara, known for feigning a hunger strike as part of the San Isidro farce and vilifying national symbols, meant to conduct a subversive activity coming Sunday.

Such an incident would coincide with the celebrations of the 60th anniversary of the founding of José Martí Elementary Students´ Organization, an important date for Cuba.

The report specified that Otero Alcántara created an exhibition at San Isidro neighborhood where children would be invited to.

Pictures would depict sweets, while Alcántara would explain to children that they cannot enjoy them due to government mismanagement; then, ‘in a magical way’, candies would show up to be distributed.

According to the source, Alcántara who had claimed not to receive money or orders from abroad (USA) has a contract with the US National Democratic Institute (NDI), subcontractor for organizations with a history to guarantee funds for subversion in Cuba.

NDI is a sort of think tank for certain Washington politics sectors which has also been trying to bear on Cuban society since 1990s.

Television news also broadcast Otero Alcántara´s relations with Carla Josefina Velázquez, director of NDI´s Citizen Participation Program, through an audio in which she ordered him some instructions and assured: ‘I guide you.’

In addition, the television news recalled Madeleine Albright, who served as US Secretary of State under Bill Clinton´s second term, is a high-ranking person of this organization.