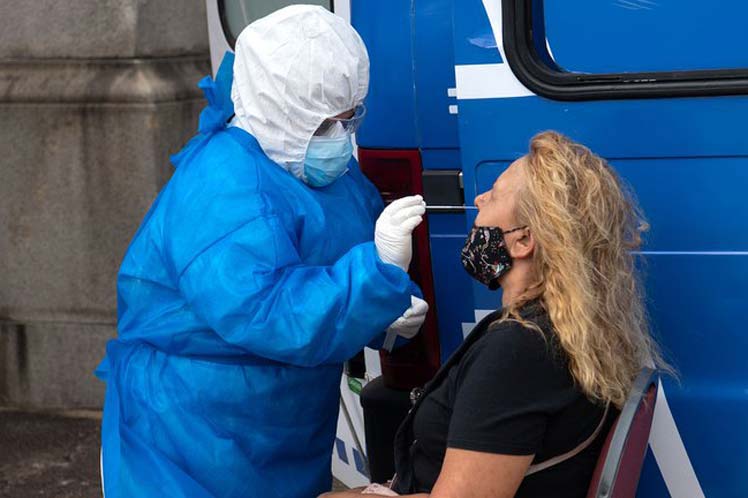 So far, the SARS CoV-2 coronavirus, which causes the disease, has killed 1,100 people and infected 117,757 people of a population of 3.5 million inhabitants.

The National Emergency System reported 3,855 new positive cases between those reported in the day itself and those delayed in the computation, which, for the Honorary Scientific Advisory Group (GACH), complicates the projections and the analysis of the evolution of the pandemic.

During the so-called Tourism Week here, the Ministry of Interior reported they will carry out 177 police raids due to underground parties and crowds, which are considered potential sources of infection.

In this regard, Canelones Department Mayor Yamandu Orsi said that ‘with the constant appeal to the use of freedom,’ by President Luis Lacalle Pou, ‘contagion is not curbed.’

In a message on social media, Orsi said that ‘it has been a while since we stopped being Latin America’s distinct example’ and ‘confidence and courage’ are needed to make transcendent decisions, alluding to a dramatic reduction of social mobility and the suspension of activities recommended by GACH.

Meanwhile, of the current 25,502 active patients, 393 are in intensive care units, that is, 44 percent of the available beds, which experts describe as an imminent red-level saturation.