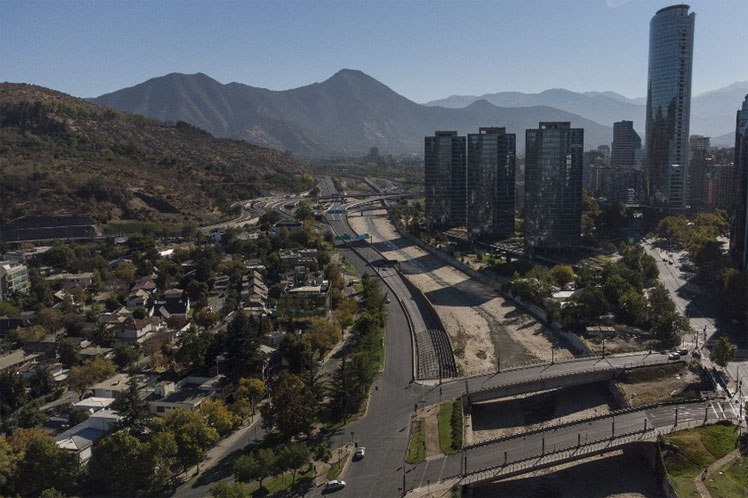 Body: The legislators of both chambers agree that the elections for governors, mayors, councilors and members of the convention that will draft the new Constitution will be held on May 15 and 16, but they have not agreed on some points on how they will pass.

Therefore, the day before, in a long parliamentary session, the Senate approved a series of recommendations, which according to what was established were passed to the Lower House for consideration, which rejected part of these modifications.

Consequently, a mixed commission had to be formed between representatives of both instances to collate the proposals, which finally reached agreements at midnight on Monday.

The text rounded out by those parliamentarians will be seen on this day first by the Chamber of Deputies and then it will go to the Senate, and if there is finally an agreement it is expected that the constitutional reform will be approved today.

The proposals presented by the aforementioned commission establish that voting days are holidays; the prohibition of campaign contributions from the enactment of the law until April 28, and that mayors who are up for re-election resume their activities immediately, although they must abandon them again on April 15.

The latter is one of the points that has generated the most discrepancies, and according to analysts the doubts remain, because in the best of cases the municipal authorities will be in their positions for only one week.

Another proposal on which disagreement persists is the celebration of an eventual strip of electoral propaganda on television for those cases in which there is a second electoral round between governors.

So, time is running out and the elections are already knocking on the door, as they should be held this Saturday and Sunday, so the whole country remains attentive to what Congress says today.

The change of date, belatedly proposed by President Sebastián Piñera on March 28, is due to the serious health crisis facing the country, amid a second wave of infection from the SARS-CoV-2 coronavirus, which forced quarantine to more than 16 million of the 19 million inhabitants of Chile.

Last week, records of new infections, active patients and people admitted to intensive care were broken almost daily, while fears of a possible collapse of the hospital system are heightened.

With such a panorama, not a few specialists, including the president of the Medical College, Iskia Siches, have warned that no one can assure that by May 15 and 16, sanitary conditions have improved substantially.

Elections in Colombia will be the most observed

Lebanon sets election of the Parliament´s president for next Tuesday

Elections in Colombia will be the most observed

Lebanon sets election of the Parliament´s president for next Tuesday