US Congress members debate on security in the federal Capitol 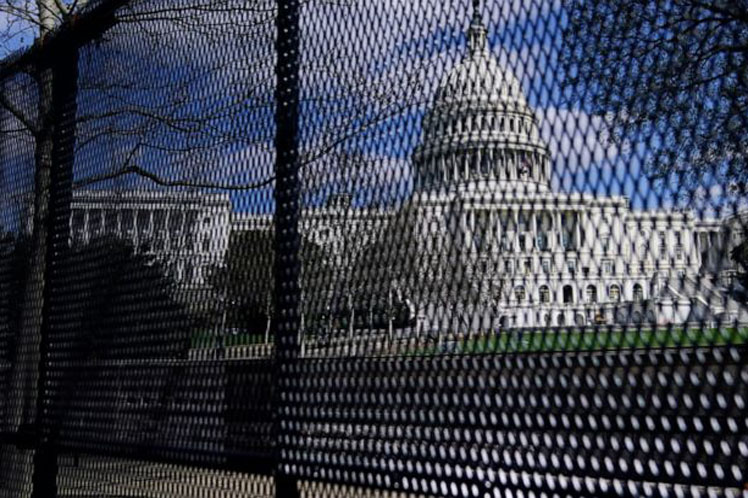 US Congress members debate on security in the federal Capitol

Lawmakers from both parties have called for removing the fence around Congress headquarters since it was lifted after the assault by supporters of former President Donald Trump on January 6, and some even introduced legislation to ban any permanent fencing.

But just a week after security officers finished tearing it down to allow traffic on the surrounding streets, Noah Green rammed his car into a barricade and killed one of the police officers at a Capitol security checkpoint.

Green was shot and killed by another officer at the scene after the attacker exited his vehicle with a knife.

According to the legislative newspaper The Hill, this deadly incident now raises questions about whether authorities reduced perimeter protection too soon and how long the remaining fence around the Capitol building should remain in place.

‘I think we have to start moving in the direction of taking down the fence, but we also have to have a realistic plan and keep the National Guard in place, we have to be very careful,’ said Democratic Congressman Tim Ryan, who oversees the budget of the Capitol Police.

Other legislators remain convinced that the fence at the legislature’s headquarters should be torn down as soon as possible, as is the case with Senator Roy Blunt (Missouri), the top Republican on the Senate Administration and Rules Committee, who questioned the effectiveness of the fence.

For now, officials are keeping the remaining fence in place while security repairs are made to the main building.

In the midst of this debate, the director of the Capitol Police union, Gus Papathanasiou, revealed in a statement published yesterday that a large number of agents of that protection body plan to retire early and some resigned or are looking for a job in other site.

We remain at our posts despite a crisis of mind looming and a reduction in ranks, and guards are being forced to work massive overtime hours, Papathanasiou declared.

The Associated Press agency described the crisis of that police force as serious and pointed out that the events of the last four months could alter not only the operation of that protection unit but also the rule according to which the historic compound must remain open to the public.