Venezuelan senior officers confirm use of landmines by Colombia 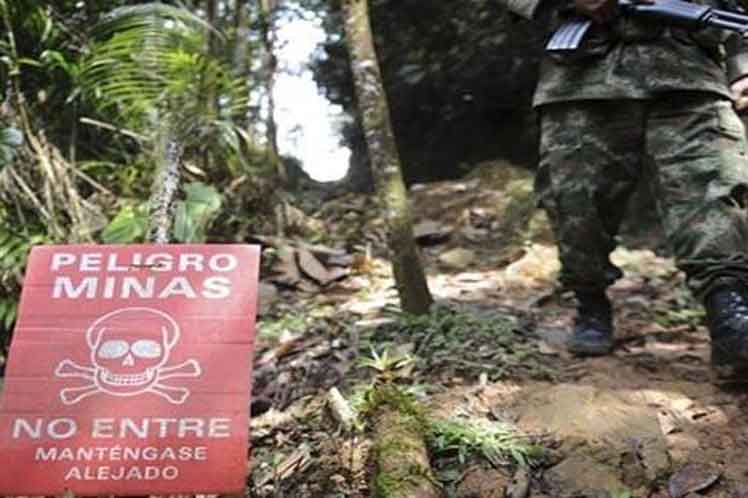 Venezuelan senior officers confirm use of landmines by Colombia

According to a military report, during the Bolivarian Shield military operation, carried out by the National Bolivarian Armed Force (FANB) since March 21, the illegal use of explosive devices in that bordering area with Colombia, a theater of clashes between Bolivarian and paramilitary forces, was detected.

Sixteen explosive devices in adjacent areas were defused during the operations carried out in recent days, while the explosion of others killed Venezuelan soldiers, according to official reports.

Venezuelan authorities denounced the use of those devices to the public opinion, the United Nations and the media as soon as they started to suspect it.

They also claimed that the attacks are part of a strategy by the United States and its allies to Balkanize, break up and divide the structure of the Bolivarian State.

The Executive requested the UN to advise the FANB on the defusing of anti-personnel mines in order to clear the area of conflict.

Venezuela was declared a territory free of landmines on May 27, 2013, when complying with the mine clearance obligation under the Anti-Personnel Landmines Convention, or the Ottawa Convention, signed by 162 countries.

At that time, the country destroyed 1,073 anti-personnel landmines found in 13 minefields on the periphery of six naval posts, according to reports.