International pressure a must to achieve change in US-Cuba relations 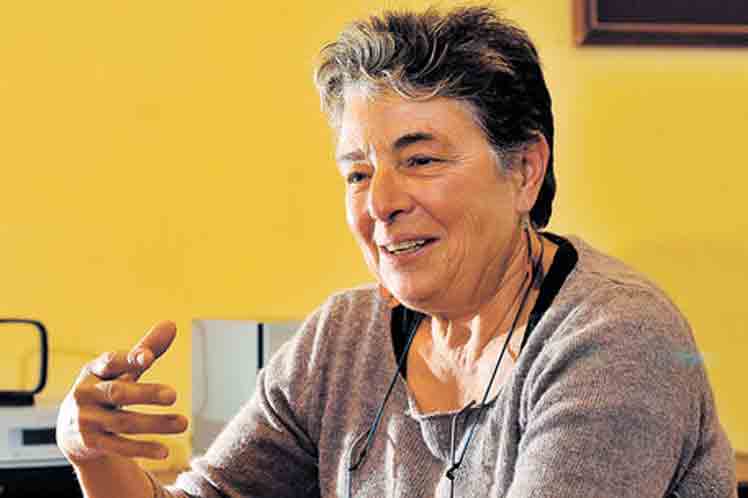 International pressure a must to achieve change in US-Cuba relations

Escarpit, Latin American correspondent for the newspaper L’Humanité for 15 years, part of which he lived in Havana and Mexico, considered that ‘Biden is a traditional politician, whose idea is to once again dominate the world and in that scheme Cuba is not a priority ‘.

In relation to the previous US presidents, he pointed out that ‘the problem was that Barack Obama left the job undone, he could have done more, and that is why it was very easy for Donald Trump to aggravate the economic conditions of the blockade against Cuba and put, at the last minute, Cuba on the list of terrorist countries ‘.

‘Biden could have made a gesture and removed Cuba from that list, since he has a majority in Congress and the US Senate, and he could do so with presidential power from one day to the next,’ he added, however, ‘I don’t know we can expect nothing from him, the objectives of imperialism remain a priority ‘.

The journalist, who is part of the France-Latin America solidarity association, pointed out that ‘if there is no international pressure from other countries, I don’t think anything will happen, it would take a strong campaign for the French government to take a position and try to influence Biden or the UN, but nobody seems to care. ‘

In this regard, he recalled ‘the historic vote against the blockade in the UN General Assembly during Obama’s mandate, when the US abstained, something that Biden will not do,’ he considered, because in his opinion the new president ‘wills to resume in a calmer, less aggressive way, the traditional imperialist US policy ‘

‘I don’t think anything can be expected from Washington,’ he asserted, and recalled that ‘when Biden took office, Cuban President Miguel Díaz-Canel made an offer to build a meeting point, establish a dialogue, and I know he has not had an answer,’ he said.

Among the issues to be resolved are immigration issues, because while Havana demands legal, orderly and safe migration, Washington continues to deny visas that would prevent tragedies at sea, such as the one that occurred a few days ago.

Another issue pointed out by Escarpit as cause for concern, was that of the future commercialization of Cuban vaccines against Covid-19 with the current blockade and the misinformation carried out by the French media in this field.

He recalled that ‘despite the advanced level of biomedicine programs that the island has, media in France began to speak of the Cuban vaccine with a certain mockery, despite which public opinion is already beginning to know the truth of this program and its true potential ‘.

‘It is the same with the medical brigades, reality distorted by saying that it is an exploitation of health personnel by the Cuban government, but they hide there is an International School of Medicine (ELAM) in Havana, which trains thousands of young people as doctors. from Latin America and third world countries ‘, he pointed out.

‘How to explain that despite difficulties in Cuba there is a firm will to train doctors and develop biotechnological research in this field?’ he asked, adding that ‘there will also be a solidarity distribution circuit of this vaccine against Covid-19 for countries that do not have access to it. All that is Cuba ‘, he emphasized.