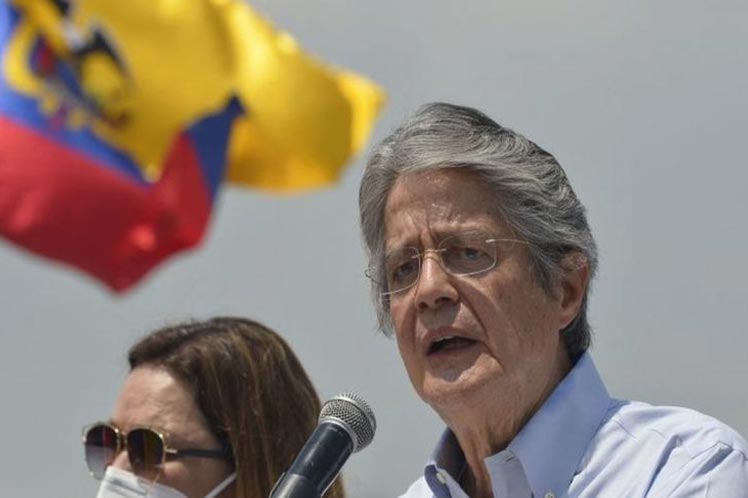 In an article published in newspaper Página 12, journalist Marco Teruggi said the new winner at the polls has his advance on the project to privatize the Central Bank of Ecuador, which could be carried out before Lenin Moreno leaves the presidential palace of Carondelet on May 24th.

‘The continental map will continue, for its part, at the same point of correlation between progressive forces and right-wing governments, with consequent limitations for the reconstruction of Latin American integration instances’, says the chronicler.

When taking stock of the election day in that South American nation, Teruggi pointed out that the percentage obtained by Lasso meant having reversed a distance of more than 12 points that had separated him from his opponent, Andrés Arauz in the first round.

The reasons for this journey, he says, can be explained by various reasons, such as the agglutination of an anti-Correista vote (in reference to the followers of former President Rafael Correa) in a country marked by the Correísmo / anti-Correísmo cleavage, the migration of voters from Yaku Pérez and Xavier Hervas in favor of Lasso.

Likewise, he points out that the defeat of Arauz can be explained by limitations in his campaign, within the framework of a movement with persecuted politicians, with leaders outside the country and little organizational structure.

Teruggi refers to Arauz’s words when he stated that they arrived ‘at these elections in very complex conditions, we all know that we have been victims of persecution, harassment, insults, hatred, the attempt to outlaw our movement, attack on the person, the family ‘.