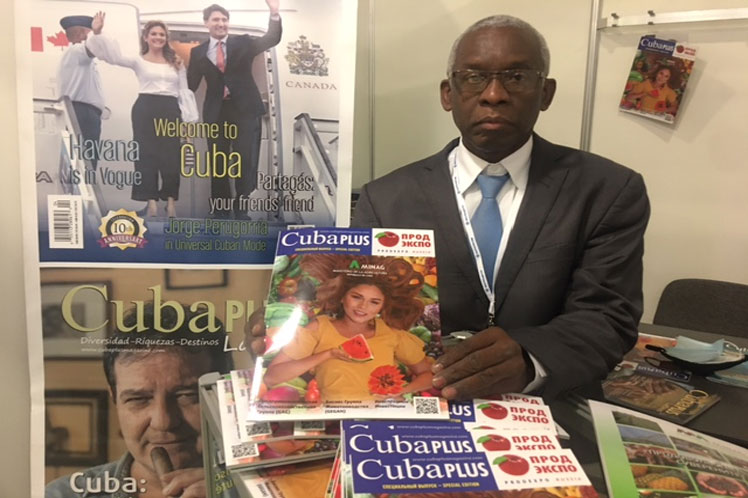 With a stand in this event, Cubaplus devotes its publication to exportable sectors and services from the 10 business groups of the Cuban Ministry of Agriculture (MINAGRI), its international seller, Rafael Garbey, informed.

Considered the major annual fair of its kind in Russia and Eastern Europe, the 28th edition of Prodexpo, based in Expocenter, is attended by over 2,600 representatives of enterprises and 68,600 confirmed visitors, according to its organizers.

The Cubaplus representative at the fair told Prensa Latina that another objective of this magazine is to attract foreign investment and joint productions for the development of the country’s agriculture.

In the opening words of the specialized edition, Director of International Affairs at MINAGRI, Moraima Cespedes, stressed the importance of the participation of Cuban agricultural export and import enterprises in this fair, attended by most Russia’s major suppliers.

Entitled ‘Food Soverignty. Cuba for an exporting culture,’ the magazine includes topics on Cuba’s progress in the production of honey, charcoal, cocoa, coffee and tobacco, agricultural products that Cuba commercializes.

It also features articles on scientific and technical services provided by the Alejandro von Humboldt Fundamental Research Institute on Tropical Agriculture and the Tropical Root Vegetables Institute, which belong to MINAGRI.