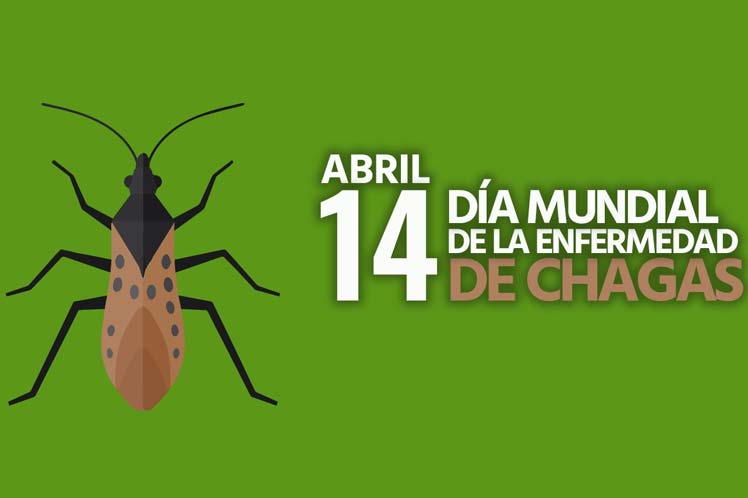 Washington, Apr 15 (Prensa Latina) Millions of people in the Americas are estimated to be infected with (Trypanosoma cruzi) that causes Chagas disease, over 10,000 people die each year as a result of clinical complications of Chagas disease, and some 75 million people in the Region are at risk of contracting it, the Pan American Health Organization (PAHO) warned Wednesday.
Share on facebook
Share on twitter
Share on whatsapp
Share on telegram
Share on email

‘Chagas disease continues to cause much great suffering and kill thousands of people in Latin America, especially in the poorest countries and among the most vulnerable populations,’ said PAHO Director Carissa F. Etienne.

Dr. Luis Gerardo Castellanos, head of PAHO’s Neglected, Tropical, and Vector Borne Diseases Unit, said ‘raising awareness of Chagas disease is the first step in preventing, detecting, and treating it, and in breaking the chain of transmission.’

Originating in rural settings as a disease transmitted by bed bugs, or vinchucas, in the precarious housing of rural population, ‘Chagas has migrated, along with human migrants, to urban areas, where transmission occurs through transfusions and/or as a congenital condition, affecting thousands of people,’ Dr. Castellanos explained.

In the Americas, 6 to 8 million people are estimated to be infected with the parasite (Trypanosoma cruzi) that causes the disease. However, most people (seven out of ten) are unaware of their condition, due to the absence of clinical symptoms.

Over 10,000 people die each year from clinical complications of the disease, and some 75 million are at risk of contracting it.

About 8,000 babies are born with Chagas every year. It is estimated that more than a million women of childbearing age might be infected and unknowingly at risk of transmitting the infection to their newborns.

‘The transmission of Chagas disease from mother to child can be prevented and, if detected in time, it can be cured,’ said PAHO Director Etienne. ‘We must redouble our efforts so that all children in the region are free of the disease.’

In the clinical picture, Chagas disease, as a complicating factor, is hidden in the heart and digestive tract, and therefore, only 1% of those infected are treated annually. Chagas disease must be diagnosed by laboratory tests as the cause in such cases and disorders, which afflict millions of people.