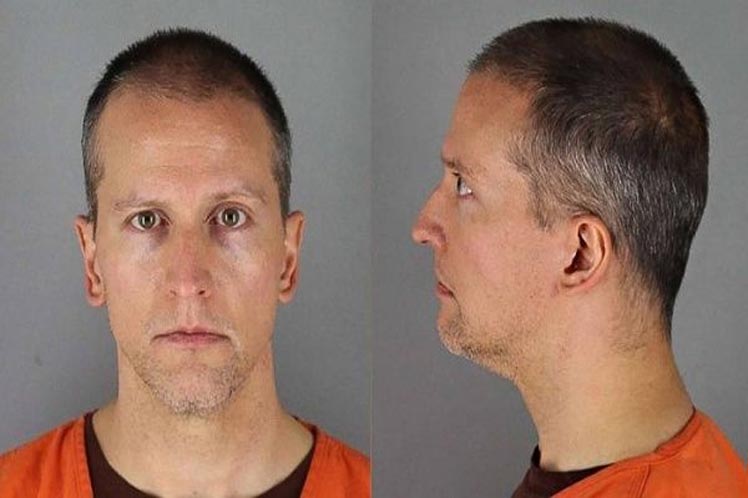 Washington, Apr 20 (Prensa Latina) Minnesota attorneys for the prosecution and defense in the murder trial of former police officer Derek Chauvin, charged in George Floyd´s death, were presenting their closing arguments Monday, summarizing their respective evidence and witness testimony and trying to focus jurors on the most important elements.

Thus, next step is for the jury to determine over an event triggered manifold riots in the United States against police brutality, mainly against Black people.

For the prosecuting party, Chauvin´s physical force on Floyd’s back and neck during the arrest, including kneeling, on May 25, 2020, caused the death of the victim who claimed that he could not breathe.

Meanwhile, lead defense attorney Eric Nelson stated the prosecution did not meet the ‘beyond a reasonable doubt’ criteria in its effort to prove Chauvin´s guilt. Mr. Nelson also questioned that Floyd died from lack of oxygen, as several physicians testified, and Chauvin’s unreasonable level of force use in violation of police instructions.

Chauvin´s defense attorney, who referred to his client as ‘a sensible police officer,’ urged jurors to take into account ¨the totality of circumstances.¨ He said focusing on 9 minutes and 29 seconds Chauvin´s knee was on Floyd´s neck ¨ignores the previous 16 minutes and 59 seconds.¨

He mentioned some regulations that allow police officers to keep suspects contained, confined and controlled till they are no longer resistant.

‘Compare the evidence against itself, put it to the test, question it, compare it with the law, read instructions entirely, start from the point of a presumption of innocence and see how far the State can go,’ Chauvin´s defense attorney stressed.

Derek Chauvin is currently facing three criminal charges for manslaughter of different degrees, and if convicted, he could face up to 40 years behind bars. Lacking a criminal record, the sentence would lessen considerably, though.