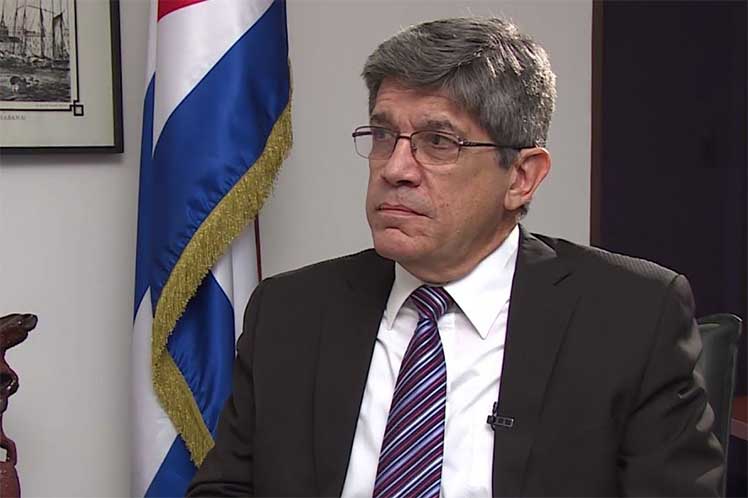 This is how magazine Newsweek points out in its article ‘Amid silence, Cuba calls on Biden to end cruel blockade he too sought to change.’

According to Newsweek, President Joe Biden has acknowledged the harm inflicted upon everyday Cubans. As vice president, he spoke in support of Obama’s efforts to relax travel and trade restrictions on Cuba, and he promised to roll back Trump´s strategy during his presidential campaign, saying in September that he would try to reverse the failed Trump policies that inflicted harm on Cubans and their families.

But while the White House is now promoting a review in this area, there have been no high-level contacts between the two countries so far, Carlos Fernández de Cossío, director of the Cuba Foreign Ministry´s General Division for the United States, told Newsweek.

¨The Biden administration has publicly stated that a policy review process towards Cuba is underway. We do not know the true pace and scope of this process,¨ he added.

¨The Trump administration applied a policy of tightening the economic blockade against Cuba, Fernández de Cossío said, ¨expressed in the adoption of more than 240 coercive measures, of which 55 were implemented in the context of the Covid-19 pandemic, which prevent or complicate the acquisition of supplies necessary to face the pandemic, with the clear intention of aggravating the Cuban economic and social scenario.¨

Such measures, he argued, ¨damage bilateral relations, hinder the economic development of the country, and their effects inevitably affect the daily life of the Cuban people in all spheres.¨

The Trump administration hindered bilateral political exchanges, official talks and cooperation between the two countries based on mutual interests and benefits, with positive results recognized by both parties, said Fernández de Cossío.

‘The inclusion of Cuban entities in the unilateral lists of the State or Treasury departments discourages investment in our country and substantially limits the entry of foreign currency, but Cuba is not a sponsor of international terrorism, nor does it represent a threat to the United States,’ Fernández de Cossío said.

Trump’s last-minute move, ‘in addition to constituting an unsubstantiated slander, has additional practical implications for Cuba,’ which ‘is a victim of terrorism, a scourge that for decades has been organized, financed and perpetrated by the U.S. government, or by individuals and organizations based in its territory,’ Fernández de Cossío argued.