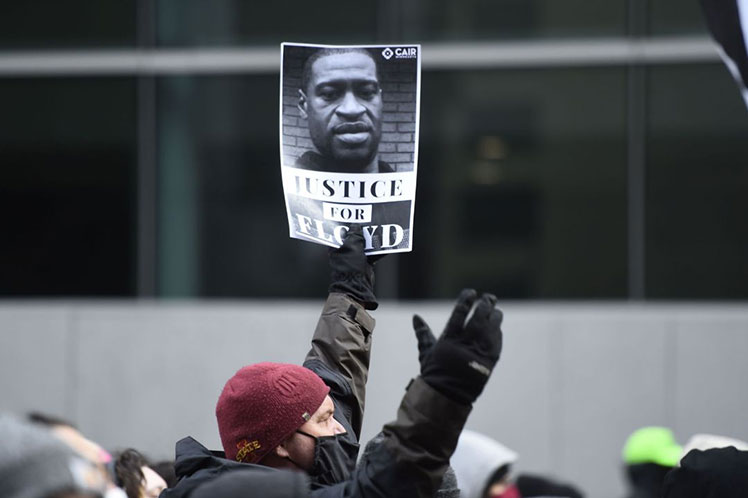 Before Tuesday´s guilty verdicts were read out, Biden said he was praying for ¨the right verdict¨. Telephoning Floyd´s family later, he said of himself and Harris: ¨We´re so relieved. Finally, there is some justice, but much more remains to be done.¨

He also stated that he was eager to meet Floyd’s family personally and recognized his strength.

Civil Rights Attorney Ben Crump, who represents Floyd family and posted the video on the media, expressed optimism that the outcome of the trial could prompt action on a police justice law.

On the other hand, Kamala Harris assured that the verdict against Chauvin will mark ‘a turning point’ in the United States, and promised to promote more reforms on police practices in the nation. Furthermore, she praised the Floyd family as ‘real leaders’ at a pivotal moment in history.

A few hours before the ruling was read out, Kamala Harris assured that the guilty verdict could not cure the family’s pain.

‘This verdict is only one part of it,’ she stressed in her first interview since she took office as vice president.

Biden, hours before the ruling, said: ¨I´m praying the verdict is the right verdict. I think it´s overwhelming, in my view. I wouldn´t say that unless the jury was sequestered now.¨

White House spokeswoman Jen Psaki said the US president did not intend to ‘influence’ the jury, but only to ‘express his compassion for the Floyd family.’

After several weeks of trial, Chauvin was found guilty for the killing of George Floyd.

Local media said that he (Derek Chauvin) could be sentenced up to 40 years in prison in a process that from its inception exhibits a high profile and is live-televised.