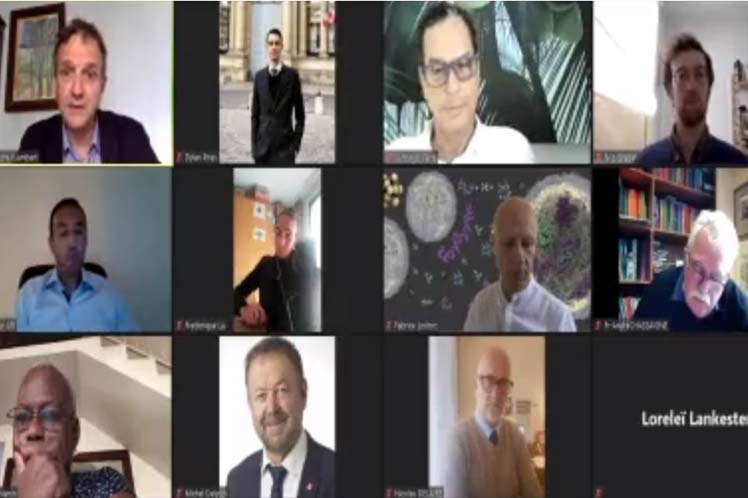 In the introduction of the video conference posted on Facebook, Lambert recalled that Cuba has been subjected for decades to an economic, commercial and financial blockade by Washington, a policy with a strong extraterritorial component, which attacks foreign stakeholders who seek a rapprochement with the Caribbean island.

The Donald Trump administration (2017-2021) tightened the blockade with 240 measures, which create difficulties, but without preventing Cuba from developing its healthcare system, noted the environmentalist parliamentarian, who is also the president of the France-Cuba Friendship Group at the National Assembly.

According to the lawmaker from the southern department of Bouches-du-Rhone, Cuba’s achievements in health care serve as an inspiration and its experiences can be adapted to France.

Speaking at the event, academic and essayist Salim Lamrani, a scholar on Washington-Havana relations, highlighted the priority given by the Revolution to health care, and underscored its inclusive, universal and free character.

The Cuban system consists of the principles of health care as a right, the responsibility of the State in guaranteeing it, prevention, scientific basis, social participation and international solidarity, turned by Cuba into a practice, he pointed out at the forum, also attended by legislators Andre Chassaigne, Martine Wonner, Josette Manin and Michel Delpon.

Lamrani shared health indicators that place Cuba at the level of the first world, such as infant mortality, life expectancy, medical coverage, with nine doctors and nine nurses per 1,000 inhabitants, and the development of its own vaccines.