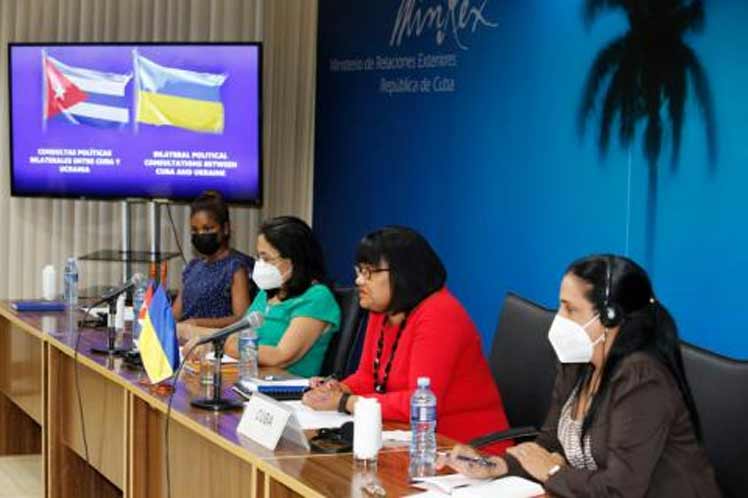 The two delegations expressed their will to continue to work on strengthening bilateral ties in sectors of common interest, according to a communiqué published on Cubaminrex’s website.

At the meeting, they highlighted the historic ties of solidarity that unite the two countries, which will celebrate three decades of relations next year.

They also recalled the 31st anniversary of the Chernobyl Children Program, a Cuban project to provide medical care to more than 21,000 children affected by radiation, after the explosion of a nuclear reactor in plant near the city of that name. The project contributed to strengthening relations between the two countries.

The deputy ministers also analyzed the current epidemiological situation due to the Covid-19 pandemic and the possibilities of collaboration to fight the disease, while the Ukrainian party acknowledged the work of Cuban internationalists and the Caribbean island’s achievements in biotechnology.

The Cuban delegation was made up of the Europe and Canada director at the Foreign Ministry, Gisela Garcia; Ambassador to Ukraine Natacha Diaz; the director of Multilateral Affairs and International Law, Pablo Berti; and the Europe trade policy director from the Ministry of Foreign Trade and Foreign Investment, Inalvis Bonachea.