President Biden stresses US not interested in conflict with Russia 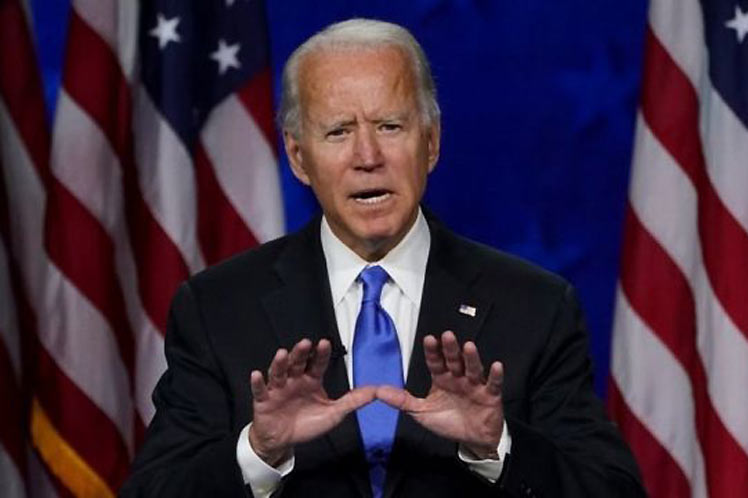 President Biden stresses US not interested in conflict with Russia

Biden said Wednesday in his first address to Congress that he will hold Russian President Vladimir Putin to account for maligned behavior.

‘I made very clear to President Putin that while we don’t seek escalation, their actions have consequences,’ Biden said, referring to a phone call he had with the Kremlin leader.

However, he cleared out, the United States and Russia may cooperate as it is involved in their mutual interest, and in this regard he pointed to the battle against climate change.

Earlier this month (April 15), the Biden administration slapped Moscow with a raft of sanctions for allegations of meddling in U.S. elections, human rights abuses and sweeping cyberattacks on American networks. In addition, the State Department announced the expulsion of 10 officials from the Russian Embassy in Washington.

As part of the presidential provision, the Treasury Department will prevent US financial institutions from buying bonds from the Central Bank, the National Wealth Fund and the Ministry of Finance of Russia after June 14 and granting loans of funds to such institutions.

The US administration also punished six Russian high-tech companies, which provide support to intelligence operations, and 32 people deeply involved in meddling into the US elections.

Post-sanctions, but earlier that day, Biden pointed out that he had no intention of escalating any conflict with Russia and intended to keep a stable and predictable relationship.

Regarding China, Biden stated on Wednesday that he told Chinese President Xi Jinping that Washington will maintain a strong military presence in the Indo-Pacific region just as they do with NATO in Europe –not to start conflict- but to prevent conflict.

On the other hand, US president described the nuclear programs of Iran and the Democratic People’s Republic of Korea as threats to the security of the United States, ignoring arguments from Tehran and Pyongyang on that matter.