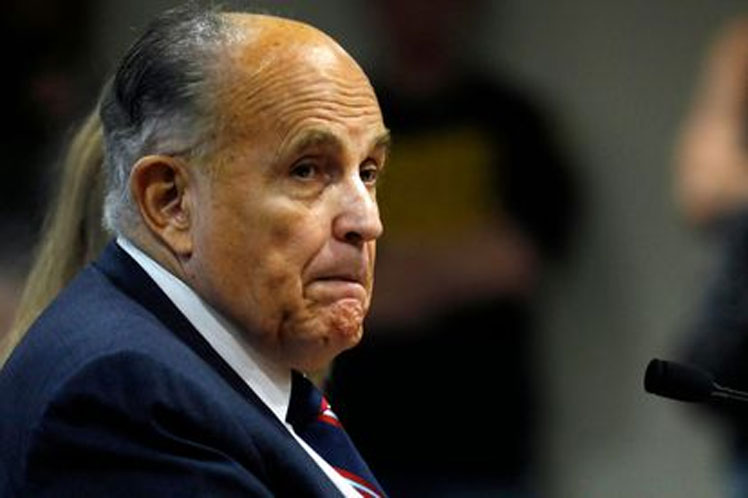 For a year and a half, the Department of Justice has been conducting an investigation into Giuliani, including a 2019 grand jury subpoena on possible money laundering, wire fraud, campaign finance violations and obstruction of justice, among other allegations.

F.B.I. agents executed search warrants around 6 a.m. at Mr. Giuliani’s apartment on Madison Avenue and his Park Avenue office in Manhattan, carting away the electronic devices, Mr. Giuliani confirmed in a statement.

Although there are few details about the scope of the investigation, some reports -cited by The Hill newspaper on Saturday- suggested that the focus could be on Giuliani’s work on behalf of clients in other countries, including Ukraine, and his lack of registration as a foreign agent while serving as Trump’s personal attorney.

Experts who worked in previous years at the Justice Department said that such a probe into a high-profile attorney, which could jeopardize attorney-client privilege, will most likely require permission from high-ranking law enforcement officials.

Giuliani is not just any attorney, he is a former prosecutor and mayor, a prominent ally of previous US president, so we can be sure that the authorization was at the highest levels, said Harry Litman, a former assistant attorney general under Bill Clinton.

Former President Donald Trump, on the other hand, called the federal investigation into Giuliani unfair and questioned the FBI agents´ objectives, who searched the attorney´s apartment and office.