On the rise production of zeolite fertilizers in Cuba 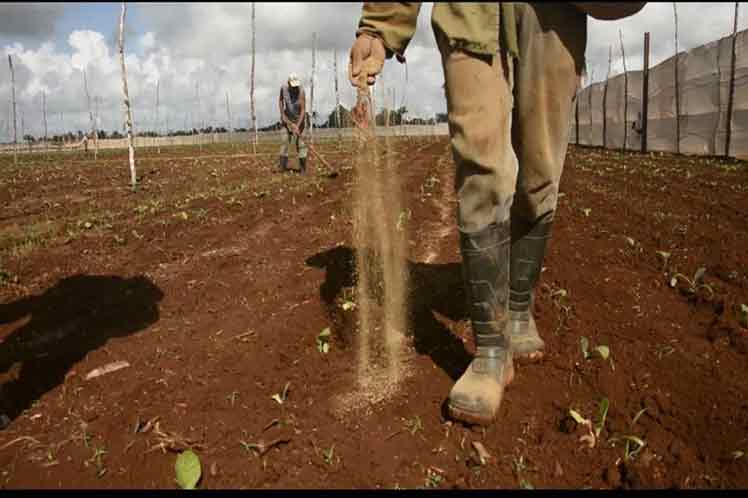 On the rise production of zeolite fertilizers in Cuba

The Deputy Director of the Geo-mining and Salt Business Group, GEOMINSAL, Esperanza del Pozo, told Prensa Latina that of the 50,000 tons of zeolite produced in 2020, some 10,330 tons were used to make zeo-fertilizers.

Of them, 10,000 tons were assigned to produce Agromenas and 330 to make Nereas, which are compounds used in agriculture, made with different formulations and for different purposes to replace various imports, Esperanza del Pozo explained.

In the case of Nereas, its production is expected to increase by 5,000 tons in 2021. Zeolite is the main raw material used to make this fertilizer, and its processing depends on the characteristics of the crops where it will be applied.

On the other hand, 2,200 tons of natural zeolite were exported to different clients in Latin America and Europe.

Zeolite-based fertilizers are the fruit of Cuban science, through the work of universities, producers and final clients. All this responds to the call made by the country’s leadership that science goes beyond research centers to reach final destinations, said Esperanza del Pozo.

The official also noted that Agromenas fertilizer is produced in three active plants but Nereas in just one; therefore, its small-scale production fails to meet the Ministry of Agriculture’s demand.

Hence, it is necessary to modernize, industrialize and extend Nereas production throughout the country. Traditional methods are used to produce it, so, careful procedures are necessary in order to ensure its quality, she sustained.

Del Pozo pointed out that the goal is to extend Nereas and Agromenas production to all Cuban geo-mining companies, because transportation costs would decrease as a result.

Cuba has four zeolite deposits which, given the current production rate, account for more than 150 years of exploitation. Three of them have plants operating in San Andrés (Eastern Province of Holguín), Najasa (Camagüey Province) and in Tasajera (central Province of Villa Clara).

The other deposit is located in San Ignacio, in the western Province of Mayabeque, with the peculiarity that the zeolite is white, which allows for a greater variety of uses.

Most zeolite deposits in Cuba were studied in the 1980s and 1990s, determining their precise locations and establishing processing plants.