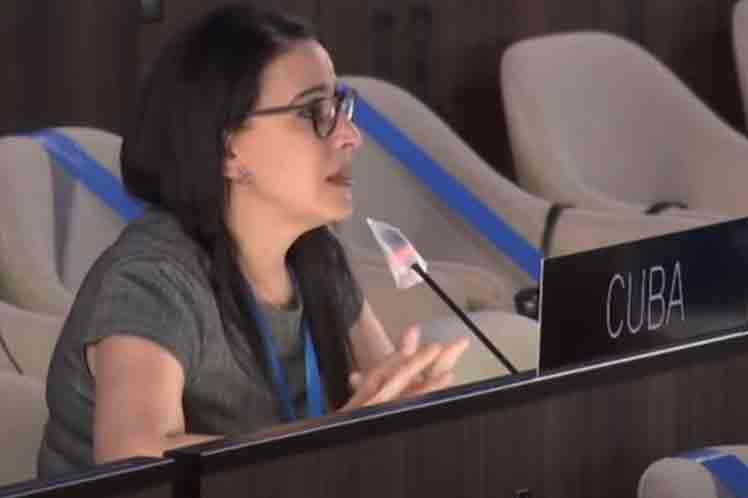 As we have stated, as long as there are unilateral coercive measures, it will not be possible that all countries contribute and benefit from open science on equal terms, Cuban Ambassador at UNESCO Yahima Esquivel stressed.

Upon addressing the negotiations promoted by the United Nations Educational, Scientific and Cultural Organization (UNESCO) about a new normative instrument, the diplomat illustrated the consequences of the aggressive policies with the damages caused to Cuba by the economic, commercial and financial blockade imposed by the United States for more than six decades.

The blockade, which was tightened after the adoption of 240 measures by the Donald Trump administration (2017-2021), is affecting Cuba’s scientific and technological development, she denounced.

As a result of the unjust blockade, researchers, academics and the Cuban population in general lack access to certain websites and services dedicated to promoting cooperation, exchange and training, she stated.

The Covid-19 pandemic has ratified the need to move towards a model to manage science and knowledge focused on collaboration, accessibility, sharing information and data for the benefit of all society, she insisted.