French MPs ratify rejection of US blockade against Cuba 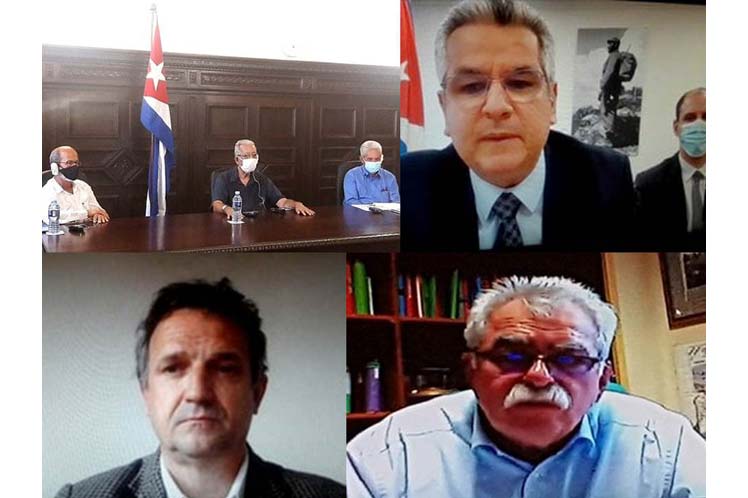 French MPs ratify rejection of US blockade against Cuba

In the meeting held by videoconference, French lawmakers also presented their actions in view of a new vote in the UN General Assembly, scheduled for June 23, on a draft resolution on the need to put an end to the blockade, an initiative similar to the one adopted in that forum 28 times since 1992.

On the French side, the president of the parliamentary group, François-Michel Lambert, Andre Chassaigne, Stephan Viry, Josette Manin, Jeanine Dubie, M’jid el Guerrab and Yannick Haury, representatives of various political tendencies in the Hemicycle, took part in the meeting.

On the Cuban side, Eduardo Torres Cuevas, president of the Cuba-France Friendship Group in the National Assembly of People’s Power and member of the Council of State, Rolando Gonzalez, vice president of the International Relations Commission, and Francisco Duran, renowned epidemiologist, took part in the meeting.

In an issue that aroused great interest among the French legislators, Duran shared Cuba’s experiences in the fight against the Covid-19 pandemic and the progress of clinical trials with vaccine candidates developed by Cuban scientists to neutralize the SARS-CoV-2 coronavirus.

During the meeting, which was also attended by the Cuban ambassador to France, Elio Rodriguez, and other diplomats, the legislators discussed the Havana-Paris parliamentary ties and set projections to strengthen them.