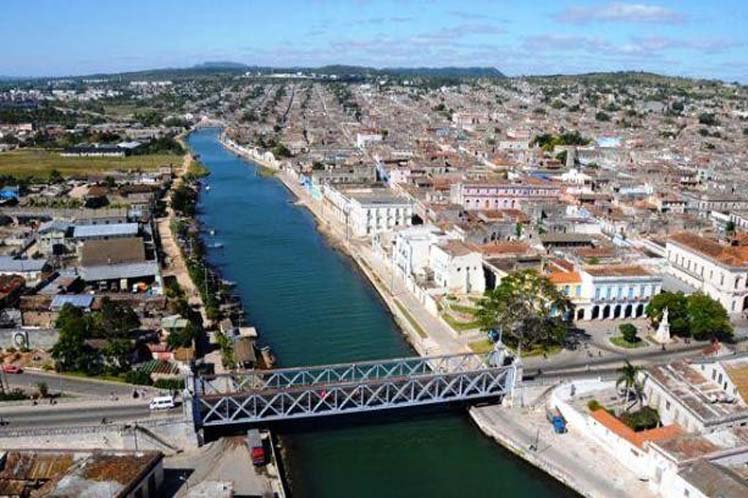 Matanzas, (Prensa Latina) The city of Matanzas, also known as the Athens of Cuba since the 19th century, will celebrate its 328th anniversary on October 12, 2021. The city was founded by about 30 families from the Canary Islands, Spain, who were specially sent by the crown to settle in the area.
Share on facebook
Share on twitter
Share on whatsapp
Share on telegram
Share on email

Historical records indicate that the Guanima Bay – Matanzas Bay at present – was first sketched in 1532, although it was not until 1693 that the Spanish king decided to send the first families to colonize the area by the bay.

On January 25, 1693, Cuban Acting Governor, Severino de Manzaneda, visited the area of the future city of Matanzas with scribes, military and other personnel, according to records.

Their mission was to take the first measurements for the emerging settlement. During the 11-day stay, they drew up the town, the fortress and the pieces of land the people from the Canary Island would occupy, historian Arnaldo Jiménez de la Cal described.

‘The site of foundation could not be better, not even considering what it is stated in the Indians Laws in relation to its waters, features and land…,’ wrote Manzaneda.

More than 300 years later, this Cuban city stands out for its urban design, which includes a regular layout of streets and domestic architecture, says Alicia García Santana, Doctor of Art Sciences and National Cultural Heritage awardee.

‘Style, design and shape characterize Matanzas, a city in western Cuba that also exhibits a perfect relation with its rivers (three fluvial currents flow through it), its bay and its hills, the specialist commented.

‘Unity between typology and scale, design and shape, characterize the area’s infrastructure, still strong today due to the preservation of the early architecture of the 19th century,’ she added.

According to García, Matanzas falls in the general category of neoclassicism and is renowned as Cuba’s first modern city.

‘The foundation of a city follows the most advanced ideas of the time, with a rectangular block and an octagonal layout, with two squares separated from each other and another interesting feature: a church facing one of the squares,’ García explained.

In her opinion, ‘Matanzas is beautiful just because…just by walking down its streets, appreciating its buildings, the feelings you experience when you walk around, the presence of its bay, its culture, which fills its spaces one way or the other.’

Another detail of Matanzas’ urbanization is that the municipality has several street stairs, which offer another unique feature to its environment.

Streets with these characteristics are a natural result of a hilly landscape, something that often forces people to go uphill.

As part of its urban development, Matanzas could not avoid the hills; thus, when walking around the city, strollers have to go up moderate to steep hills whether they like it or not.