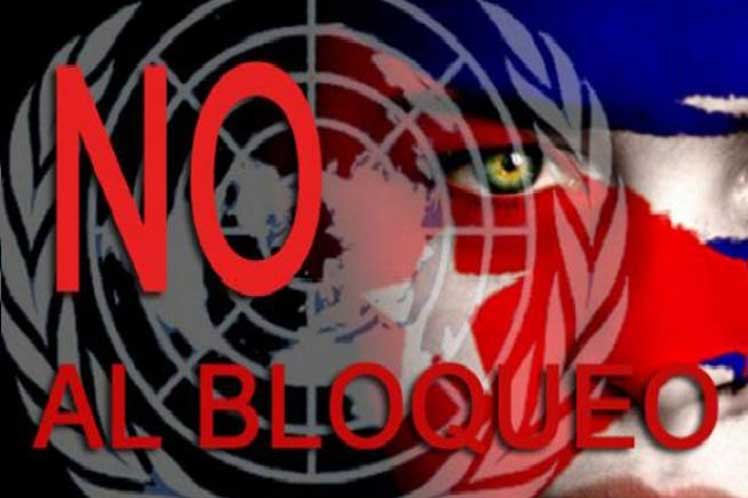 According to the statement, the lengthy and severe implementation of the economic, commercial and financial US blockade flagrantly violates International Law, limits Cuba´s sovereignty and is the main drawback to the country´s economic development and full enjoyment of all human rights.

The signing lawmakers also said these measures are regarded as genocide, under the 1948 Convention for the Prevention and Punishment of the Crime of Genocide.

Since the London Naval Conference in 1909, it has been an accepted principle in international law that the US blockade is an act of war and in the case of Cuba damages have multimillion-dollar values.

They also stressed that in the current international scenario, characterized by the spread of Covid-19, in the island territory the blockade is the fundamental impediment to acquiring medicines, equipment and materials required in the fight against the disease, due to its marked nature extraterritorial.

Lawmakers also pointed out that the hostile policy has been utterly condemned by vast majority of UN member states since 1992, ‘where failure of aggressive and isolationist strategy against Cuba is a recognized fact by the government of the United States of America.’

Likewise, they estimated that, despite the reestablishment of diplomatic relations between the two countries, former President Donald Trump´s administration tightened its hostile blockade against Cuba, as well as countless laws and presidential decrees to support it.

In this context and taking into account the resolution Cuba will present to the United Nations General Assembly (UNGA) on June 1 in order to put an end to the US policy, Ecuadorian lawmakers ratified solidarity and support for Cuban government and people.

In this regard, they asked US authorities to eliminate immediately its blockade and other economic sanctions imposed on Cuba.

They also urged Ecuadorian President-elect Guillermo Lasso and Ministry of Foreign Affairs and Human Mobility to maintain the historical position and vote in favor of the text that Cuba will present to UNGA.