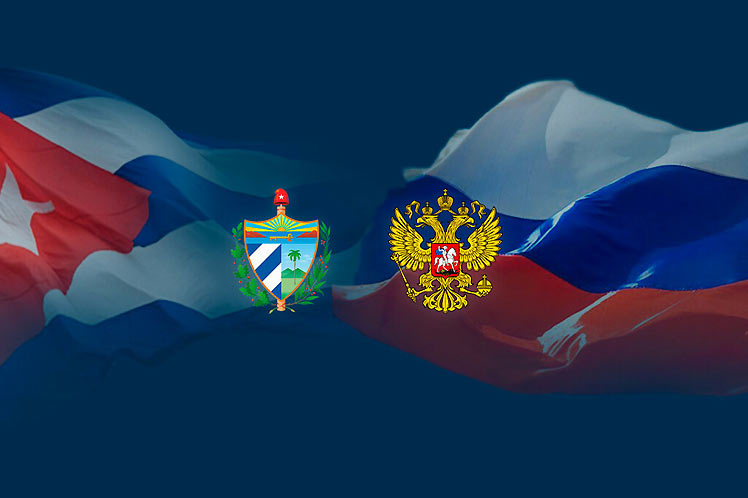 Havana, May 8 (Prensa Latina) Cuba and Russia are celebrating on Saturday the 61st anniversary of the reestablishment of diplomatic relations, which according to both governments, they maintain at a high level in all spheres.

On April 21, Cuban President Miguel Diaz-Canel and his Russian counterpart, Vladimir Putin, held a fraternal telephone conversation, during which they ratified the mutual will to continue progressing in political, economic and commercial relations.

A reflection of that purpose was the holding, on March 31 and April 1, 2021, in Havana, of the 18th Session of the Cuba-Russia Intergovernmental Commission for Economic-Commercial and Scientific-Technical Collaboration.

This mechanism has been essential in strengthening bilateral ties in all spheres, including commercial, scientific-technical, cultural, educational and humanitarian aspects.

Cuba and Russia currently have cooperation and business projects in areas such as metallurgy, iron and steel, railway and automobile transportation, energy and educational collaboration, as well as in the spheres of science and biopharmaceuticals.

Russia is also one of Cuba’s major tourist markets, which grows every year and becomes one of the most stable amid the Covid-19 pandemic.

By late September 2020, Deputy Prime Minister Ricardo Cabrisas paid a working visit to the Russian Federation, where he developed an intense agenda. The tour was described as very positive by both parties.

The two countries are committed to following a sovereign path of development, Russian Foreign Minister Sergey Lavrov and his Cuban peer, Bruno Rodriguez, said in a joint article published in 2020 on the occasion of the six decades of diplomatic relations.