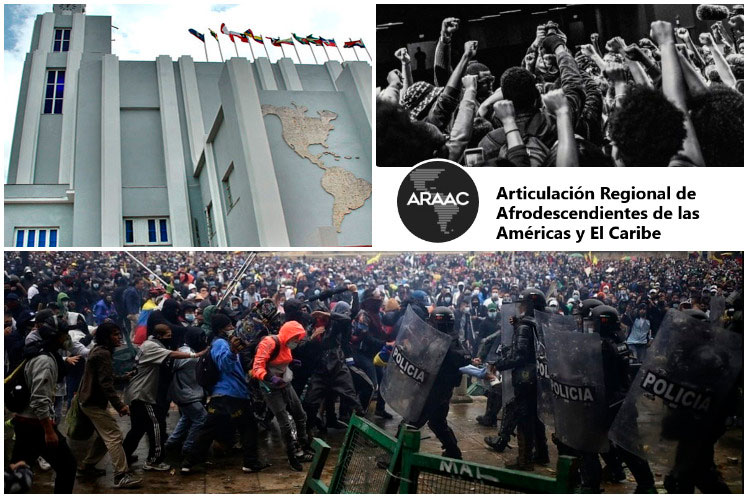 ‘Imperialism does not die without killing but the more it kills the more it dies. What is happening in Colombia is not only a Colombian problem,’ referred the Cuban institution with Latin American scope on Twitter.

Its members also highlight the analysis of the Portuguese sociologist, philosopher and lawyer, Boaventura de Sousa Santos, who detailed the socio-political context governing the recent demonstrations in Colombia for 11 consecutive days.

The researcher set out that Colombia is in on fire in the midst of the sad Covid-19 impact, which places it among the countries with the highest rate of deaths and fourth in the continent.

Regarding the excessive use of force at the hands of law enforcement agents, Sousa highlighted the government’s indolence and described it as the most violently repressive response in Covid-19 times worldwide.

Likewise, the scholar warned that the Colombian scenario is in its embryonic stage and demands a strong international support far from hypocrisy, what is happening in Colombia is a problem of all democrats in the world.

On Sunday, the Regional Afrodescendant Articulation of the Americas and the Caribbean rejected the repression in Colombia and urged the different institutional human rights organizations to speak out against the assassinations and arbitrary detentions.

In a communiqué, the regional entity reaffirmed its solidarity with the country submerged in inequality, opprobrium, social injustice and poverty; while stressing that it is our struggle, that of the native peoples, of the Afro-Colombians.

The organization’s members condemn the permanent humanitarian violations to maintain a neoliberal model that every day impoverishes the majority, the concealment of corruption and the long list of union leaders and leaders, victims of para-police devices.

Finally, they emphasize that the National Strike as a collective action counteracts the plans to turn Colombia into a base of operations and, from there, to attack the Bolivarian Government of Venezuela.

Currently, hundreds of regional integration organizations advocate for the development of peace and respect for the right to protest and demand that the Colombian State be a real guarantor of such powers.

Mass rally in Mexico City in support of electricity reform

Mass rally in Mexico City in support of electricity reform