At least 9 mass shootings across the US reported this week 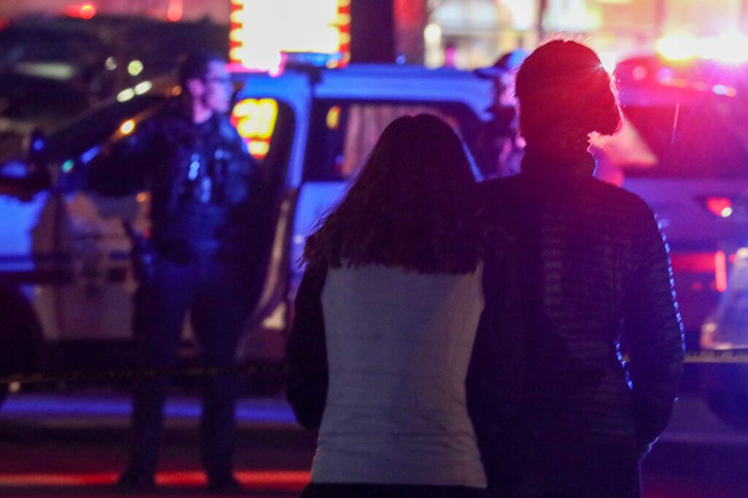 At least 9 mass shootings across the US reported this week

Washington, May 11 (Prensa Latina) At least nine mass shootings were reported in the country over the weekend, leaving at least 15 dead and 30 wounded, according to a CNN report and an analysis of data from Gun Violence (GVA) that mentioned such mass shootings provide a glimpse into the rise in violence that began last year and has continued ever since.
Share on facebook
Share on twitter
Share on whatsapp
Share on telegram
Share on email

Criminology experts told CNN this situation has worsened at a time when there is a perfect storm of factors, including economic collapse, coronavirus´ severing of social connections and mistrust in police due to law enforcement officers´ continuing brutality actions reported in recent months.

On Sunday, a gunman opened fire and killed six people at a family birthday party in Colorado Springs, according to local authorities reports the suspected gunman -believed to be a boyfriend of one of the victims- also died.

Meanwhile, in Woodlawn, Maryland, three people were killed and another was injured during a shooting at a town home Saturday morning just outside of Baltimore, authorities said.

In California, at least three people were killed and nine others injured in three separate shootings over the past two days.

In Newark, New Jersey, four people -two men and two women- were injured in a shooting on Sunday, according to a tweet from the police department.

Among other violent incidents reported by CNN, Milwaukee authorities are investigating a shooting that injured four people on Saturday afternoon, where all victims, ages 23 to 45, suffered non-life-threatening injuries, according to the police statement.

Mass shootings in the United States have increased in recent weeks and so far this year there have been about 200, more than double the 94 that occurred during the same period in 2020, according to GVA.