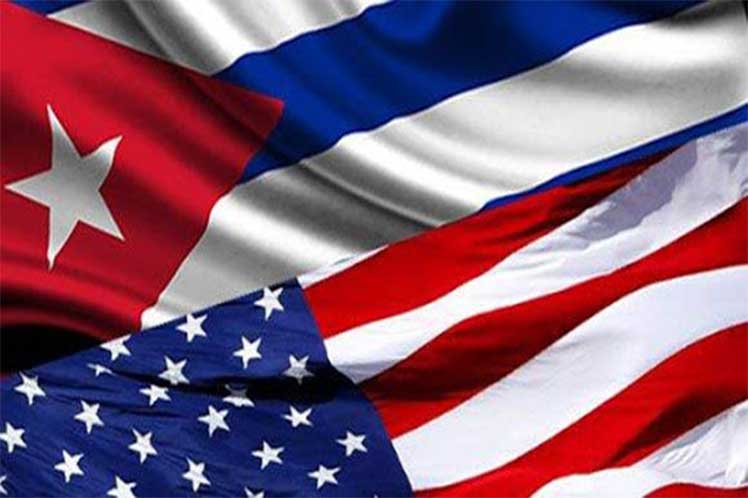 Under the argument that Cuba is not a priority, Trumpist approach persists in practice of harming Cuban government and people as much as possible, and putting all possible drawbacks in the way of bringing bilateral ties back on track, as the unprecedented tightening of the US blockade imposed for more than 60 years, effects of which have caused record losses to Cuba.

Suffice it to say that of the total number of anti-Cuban decisions made by Trump, 55 of such actions were imposed amid Covid-19, illustrating the criminal dangerous threat of the US policy in force.

The economic, commercial and financial US blockade is the longest sustained affront against the human rights of a people and constitutes, by its effects, a crime against humanity. This is how the First Secretary of the Cuban Communist Party (PCC) Miguel Díaz-Canel termed it during the closing speech at the 8th Congress of PCC held on April 19.

The Cuban president also stressed that alongside Trump’s measures are added the punishments resulting from Cuba´s re-inclusion on the ‘spurious and arbitrary US list of states sponsor terrorism.’

‘The decision to withdraw Cuba from the list has been long delayed, despite the fact that the Donald Trump administration made such a decision brushing aside all internal proceedings for it, former Cuban Ambassador to the United States José Ramón Cabañas posted on Facebook.

Undoubtedly, Cuba remains in the collimator of the powerful and northern neighbor and, given the human cost of the invariable hostility towards the Caribbean nation, one might wonder if current US government shares the Trump administration´s views and actions on Cuba.

‘None of these have been corrected and at the distance of 100 days of present administration it is worth asking whether the philosophy of such measures is ultimately shared,’ Cabañas stated.

And this raises other questions on issues to note the intention to rebuild US-Cuba bilateral relations.

Why are there laws such as the Torricelli Law or the Helms-Burton Act that seek to control Cuba’s destinies and prevent its commercial ties with the world?

In this regard, the Cuban president asked during the 8th PCC Congress why Washington spends ‘hundreds of millions of dollars trying to subvert the constitutional order in Cuba,’ if this country is not a priority for Biden.

What does really justify a cruel and full-time economic war for more than 60 years? Why do they pay the price of international isolation, evidenced in the United Nations and in other international forums, by keeping a morally and legally unsustainable policy?.