Ecuadorian Party demands end to US blockade against Cuba 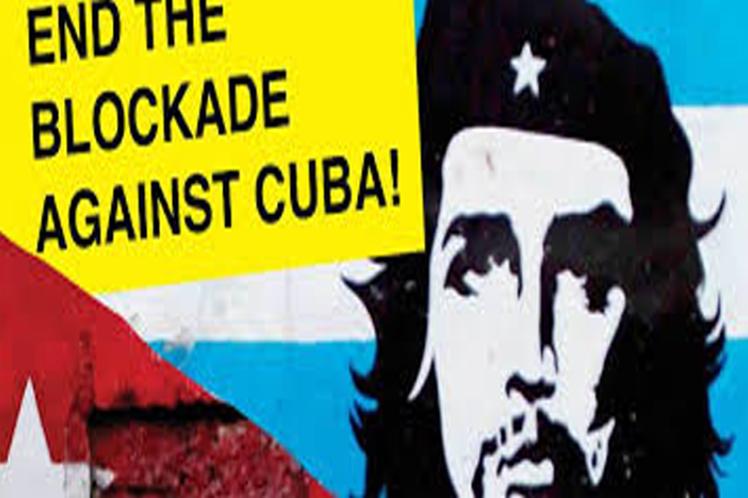 Ecuadorian Party demands end to US blockade against Cuba

‘The blockade constitutes a massive, flagrant and systematic violation of human rights for all Cuban citizens. It is the most complex and prolonged system of unilateral coercive measures ever imposed against any country,’ the Ecuadorian organization said in an official statement.

In this regard, he insisted on the demand to eliminate the policy implemented by Washington for more than six decades, due to the damage it entails for the population of the Caribbean country and expressed solidarity with ‘the noble revolutionary homeland.’

‘The accentuated interdependence among peoples in a globalized world requires unilateral non-aggression by economically and militarily more powerful countries over other peoples to subdue them,’ the text emphasized.

He also pointed out that with blockades, sanctions, fourth-generation wars and media campaigns they seek to force them to hand over their sovereignty and resources to the service and control of large transnational corporations, which he considers a genocidal legacy from the savage past of empires, colonial, feudal, slave-owning metropolises; become neoliberal capitalists.

‘Today in the midst of the health problems caused by the Covid-19 pandemic, the lifting of the multifaceted economic, financial and commercial war against the people of Cuba is imperative,’ he stressed.

In the opinion of the signatories, they are 60 years of horror that, despite its different and perverse refinements, has not managed to bend the unshakable determination of its citizens, which causes damage in their development, loss of human lives due to organized terrorist actions.

Revolutionaries in Progressive Action recalled that the costs of damages for the largest of the Antilles are 144 billion US dollars, according to calculations by the Cuban government.

However, they highlighted that only this year, the Henry Reeve Medical Brigades brought hope and health to more than 40 countries in the world, in addition to saving lives and launching successful preventive campaigns, despite the tightening of the blockade and extraterritorial sanctions against third countries, which tried establish trade agreements with Cuba.

Finally, the political force demanded that the United States government annul the Torricelli and Helms Burton Laws, the immediate withdrawal of Cuba from the list of countries that sponsor terrorism and from the Trade with the Enemy Act, which is annually renewable to provide sustenance. continued the genocidal blockade.