Scotland, closer to another independence referendum 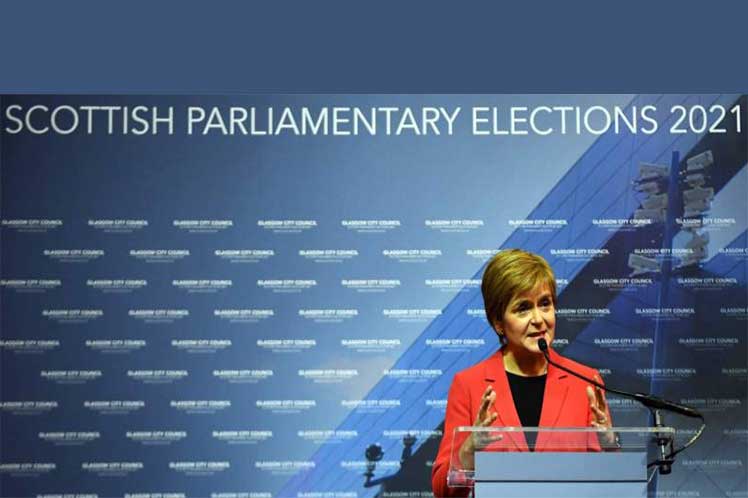 Scotland, closer to another independence referendum

The SNP fell one vote short of an absolute majority, but the eight seats won by the pro-independence Greens opened the door for it to continue to press London on the referendum.

‘The people voted for an independence majority in Parliament, so there is no democratic justification for (UK Prime Minister) Boris Johnson or anyone else to want to prevent the right of Scottish people to choose their future,’ party leader and head of the semi-autonomous government, Nicola Sturgeon, asserted in the victory speech.

Sturgeon had announced that, if she gained control of the Legislative Assembly, she would put pressure on the central government to authorize her to call a second referendum on the independence of Scotland from British Crown.

London believes, however, that the 2014 legal process, when 55 percent of voters agreed to remain within the United Kingdom, put the issue to rest for at least a generation.

‘I don’t think this is the time to have any more constitutional wrangling or talk about dividing the country, when what people want is for the economy to heal and for us all to recover together,’ Johnson stressed on the eve of the regional polls.

The pro-independence supporters argue, however, that the Brexit overcame the political and social scenario and with it the outcome on the fate of Scotland, as the majority of Scottish people (62 percent) wanted to remain within the European Union, but were forced to leave the bloc along with the rest of the United Kingdom in 2020.

Although Sturgeon warned that the question is not whether there will be a referendum or not, but when it will be held, it remains to be seen whether London will let its arm be twisted or opt for a legal battle, an option that according to the incumbent would be absurd and outrageous.

The British administration knows that, if this matter is decided in courts, then it would be confirming that there is no democratic route for Scotland to obtain its independence, the SNP leader assured the BBC.

Covid-19: Children aged 5-11 in Scotland to be offered vaccine

Covid-19: Children aged 5-11 in Scotland to be offered vaccine