They call in Chile to vote for change 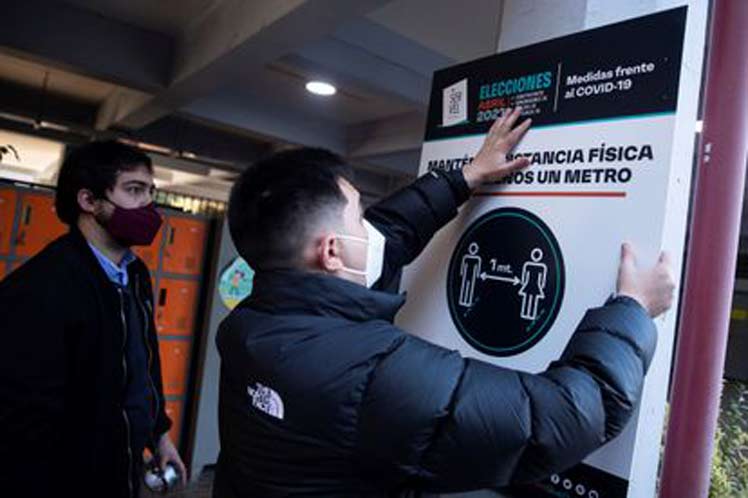 They call in Chile to vote for change

Considered the most important elections since the end of the Augusto Pinochet dictatorship (1973-1990), just over 14 million 900 voters are summoned to elect the 16 regional governors, mayors and councilors of 345 municipalities and the 155 constituents who will draft the new Constitution.

In such complex elections and in the midst of the Covid-19 pandemic, the authorities arranged to hold it in two days that began yesterday and in the first of which three million 55 thousand 352 people voted, for 20.51 percent of the electoral roll.

This result, although low, was expected in a country where high abstentionism is traditional.

However, to achieve the results of the October 2020 plebiscite when 51 percent of the voters voted and the vast majority of them voted for a new Constitution, more than four million voters will have to vote this Sunday.

In social networks there are many calls to go to the polls today to achieve that figure or even exceed it and many warn that this Sunday will be the vote ‘for change’ in search of a better country.

Not a few even point out that Saturday was the vote of rejection and this Sunday should be the vote of approval, in direct reference to the changes that are expected to advance in Chile with a new Constitution whose drafters are elected on this date.

Some recall that in the plebiscite only three municipalities of the country, Vitacura, Lo Barnechea and Las Condes, all of this capital, won supporters for rejection of a new fundamental law, and this Saturday those territories were the ones with the highest percentage of attendance to the ballot box, about 40 percent.

Meanwhile, like the day before, this Sunday, the process began slowly, because although the official opening of the voting centers was at 08:00, local time, an hour later only a little more than 33 percent of the polling stations were enabled, according to data from the Electoral Service.