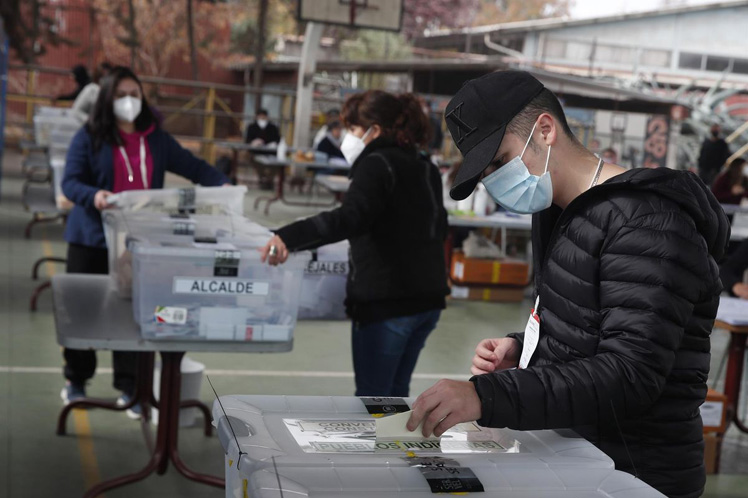 Santiago de Chile, May 17 (Prensa Latina) The right-wing parties were hit hard in the mega-elections this weekend in Chile, in which the independent and the left-wing parties obtained resounding triumphs.

In the very important Constituent election, the right, which presented itself with a unitary list, would be far from obtaining a third of the 155 seats in the Constitutional Convention as indicated by pre-electoral forecasts.

This result opens up possibilities for the new Constitution to reflect the profound changes demanded by millions of Chileans on the streets after the social outbreak of October 18, 2019.

But also other results to which analysts were attentive mark substantial transformations in the country’s political landscape.

In this sense, the Valparaíso region, the second most important in the country, becomes a bastion of the left, when Rodrigo Mundaca, a prominent social leader, was elected governor by a wide margin.

In addition to Mundaca, Jorge Charp, from the Broad Front, was re-elected mayor of Valparaíso, while in Villa del Mar, a traditional domain of the right, that force also obtained the mayoralty with Makarena Rivamontes.

In this capital, as expected, the presidential candidate for the Communist Party, Damiel Jadue, was resoundingly reelected to the mayor’s office with more than 64 percent of the votes, which in the opinion of analysts constitutes a solid endorsement for the presidential aspirations of the.

But even more prominent was the defeat of the ruling party in the Metropolitan Region, whose intendancy traditionally dominated, since the governorship will be discussed in the second round by Claudio Orrego, from the Christian Democrats, and Karina Oliva, from Commons, backed by the communists and the Frente Large.

In addition, the big winners of the night in many positions were the independent candidates, to whom political analysts gave very little chance and instead won wide space among constituents, governors and mayors throughout the country.