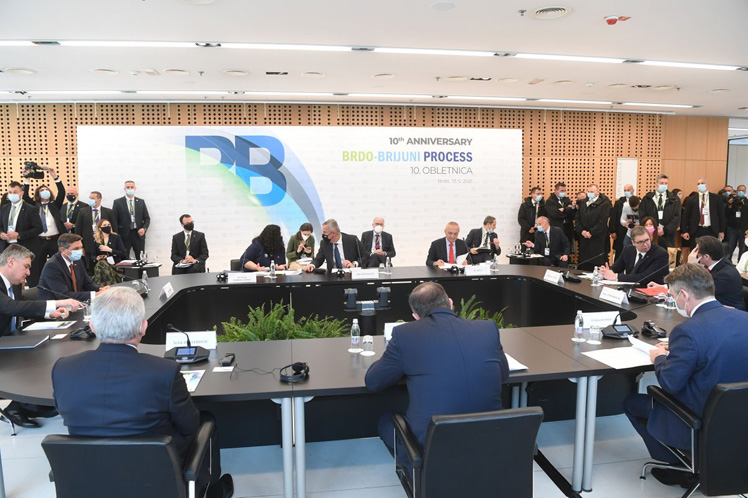 Serbian President Aleksandar Vucic expressed so after the end of talks on the state of the process for the inclusion into the European Union (EU). He made statements to the media in the forum’s headquarters, the old Brdo koj Kranja Castle, some 30 kilometers north of this capital.

Vucic stressed the importance of preserving the consensus that the whole region has on the way to the EU, and that only by working together they will achieve such a goal.

He described as interesting the exchanges of views among the leaders of the six territories that participated in the so-called Brdo-Brioni Process (Albania, Bosnia and Herzegovina, North Macedonia, Montenegro, Serbia and Kosovo), established in 2010 at the initiative of Croatia and Slovenia, which co-chair the meetings.

The most relevant issue, the president said, is that there was commitment, understanding about the need for dialogue and not for giving orders, a stage that has been overcome for a long time.

The head of State added that Serbia supported the intentions and wishes of others in the Western Balkans to set a date for negotiations with the EU on visa liberalization.

However, Vucic said, there were several issues on which no agreement was reached, including a key one, which is the immutability of borders, subject to various interpretations, he stated.

For 13 years the positions on Kosovo have been maintained, the Bosnian representative reiterated his accusations against Serbia and Croatia over border issues, that has not changed, the president underscored.

Vucic described the contacts with Croatian President Zoran Milanovic as correct, and predicted that with time Serbia’s relations with that neighbor will be better and it will be possible to build them together, when both sides show more mutual respect for each other.