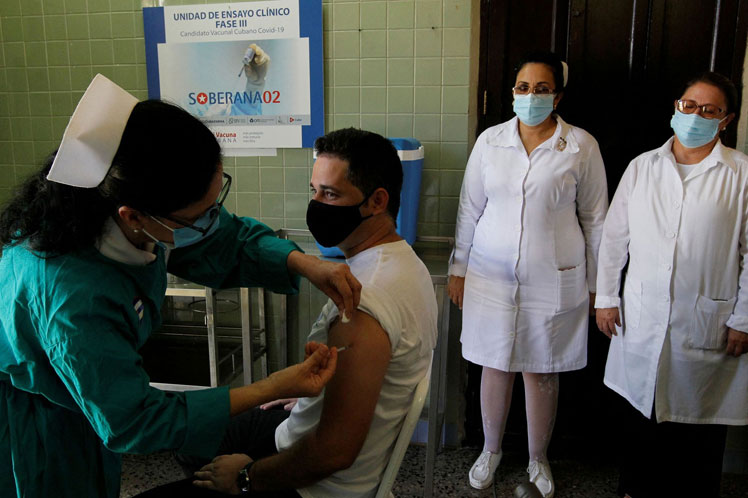 According to the last count of the Ministry of Public Health (MINSAP), 239,626 people aged 19 and over received the Abdala shot, devised by the Center of Genetic Engineering and Biotechnology (CIGB).

Those figures make up 53.7 percent of the group of 396,382 individuals planned to be immunized in the municipalities of Regla, Guanabacoa, Habana del Este and San Miguel del Padron, where the vaccination intervention began on May 12.

Furthermore, 300,376 health workers and people from vulnerable groups have already received the first or more jabs of the CIGB vaccine or that from the Finlay Vaccines Institute (IFV), Soberana 02.

This means 63.4 percent of the 474,676 citizens planned to take part in this process. In Havana, the municipalities of Plaza de la Revolucion, Playa, Centro Habana, Habana Vieja, Diez de Octubre, La Lisa and Marianao, which are part of Soberana 02’s phase 3 clinical trial, must be the next to be included in the vaccination intervention in the last two weeks of June, with a population group made up of 928,627 people.

The vaccination intervention started on Wednesday in the special municipality of Isla de la Juventud (Isle of Youth), where 48,664 will be immunized.