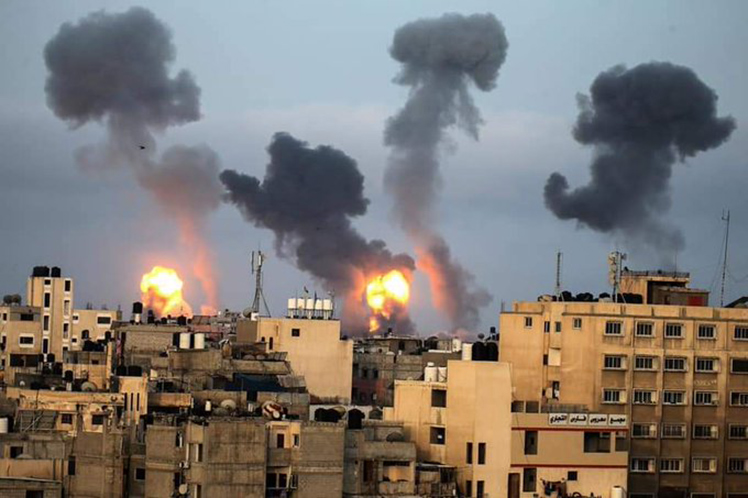 Al-Saftawi Street, a commercial avenue, was hit by artillery strikes, however the town of Deir a-Balah, in the center, and Khan Younis, to the south, also came under fire.

Tel Aviv reported that it launched strikes against the homes of four commanders of the Islamic Resistance Movement (Hamas) and what it identified as a ‘military facility’ and a weapons cache hidden in a building.

One of the attacks destroyed a family home in Khan Younis and the 11 residents, who were sleeping in another area of the house, were injured and hospitalized. The shrapnel killed a woman and injured three other people in a neighboring residence.

According to the summary, the fatalities reported by the Ministry of Health in the Strip amount to 227 as of this Thursday, including 64 children and 38 women, as well as 1,620 injured, most of them civilians, although Western press sources account for 238 Palestinians killed since last May 10th, when the confrontations began.

Some 58,000 residents fled their homes to avoid dying amid the violence unleashed by the Israeli army, which has escalated in the last 24 hours, after Prime Minister Benjamin Netanyahu rejected world’s pressure to halt the attacks.

Netanyahu refused a requests made by the Joe Biden administration to end the campaign, which is considered in diplomatic circles as the first public disagreement between the two allies since the beginning of the fighting, and complicates international efforts to reach a ceasefire.

The head of German diplomacy, Heiko Mass, is expected to hold negotiations with senior Israeli and Palestinian Authority officials today, although not with Hamas, after the failure to approve at the UN a resolution presented by France and vetoed precisely by the United States.

UN Agency asks for help for Palestinians in Lebanon

UN Agency asks for help for Palestinians in Lebanon