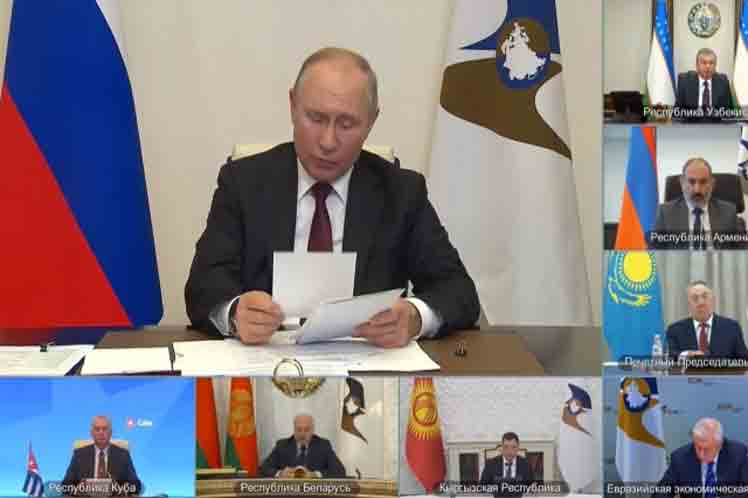 The president stated during a video conference of the Supreme Eurasian Economic Council that the EEU’s external relations are expanding and diversifying at a constant rate.

Putin stressed that the bloc is applying successfully a flexible system of interaction with its member States, the integration structures and international organizations.

In his words, this system allows maintaining and developing commercial and economic ties with different partners, taking into account their attitude and will to build joint cooperation based on mutual benefit and respect.

Putin expressed his support for the proposal of establishing preferential agreements with the EEU’s most important partners, and recalled that these kinds of agreements have already been signed with Vietnam, Serbia, Iran and Singapore.

The Russian president also considered important the fact that the bloc keeps moving ahead on integration based on China’s ‘One Belt, One Road’ initiative.

he added that despite the difficulties caused by Covid-19 to the global economy, the trade of the Union continues to grow, and this is a good sign that ‘we are acting in the right direction and our efforts are bringing concrete results’.