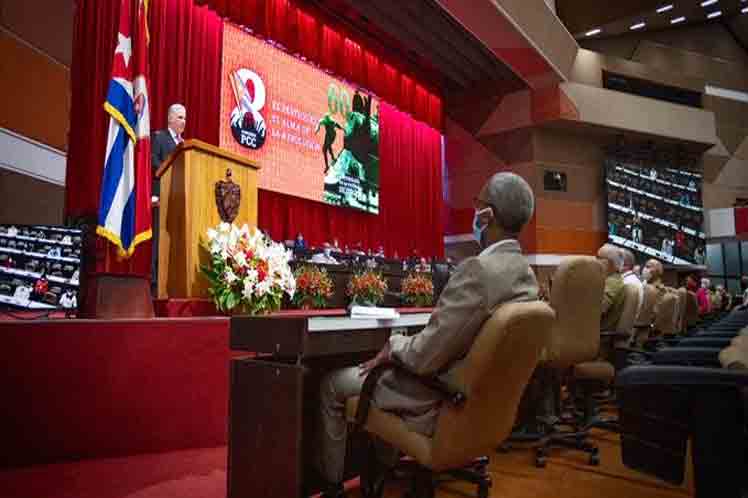 In his Twitter account, he expressed that together with the Secretariat of the Central Committee of the PCC he will begin a tour throughout the country, with the western provinces of Pinar del Rio and Artemisa as its starting point.

The also president of the Caribbean nation pointed out that this process will allow to continue giving life to the conclave of the Cuban communist organization and, together with its membership, to think and act for Cuba. ‘At the forefront, the Communist Party,’ he added.

Last Saturday, during a videoconference with 2,600 leaders from all over the island, Díaz-Canel explained that as part of this cycle, he will also hold meetings with the mass organizations.

The first secretary of the PCC called to analyze agreements, ideas and guidelines of the 8th Congress in order to become a space to seek ways to improve the methods and working style of that political group, and to promote the broadest democracy.

He insisted that the process be interpreted as unity and continuity, for which the moral authority of the Party is fundamental; likewise, the organization must give more participation, work collectively and represent the interests of the entire population, without accepting the division between revolutionaries.

He called to objectively debate the documents of the partisan appointment, which will reach the bases in the next few days; Furthermore, he emphasized the importance of revitalizing the work of mass organizations, in tune with their historical functions and the current context.

Díaz-Canel considered the computerization of society as a pillar for work, to support science and innovation in order to face problems, and the use of communication.

Meanwhile, when referring to the political-ideological work, he stressed that members of the organization and the media have to be the first critics of Cuba’s problems and expose the truths in a timely manner so as not to leave space for false news.