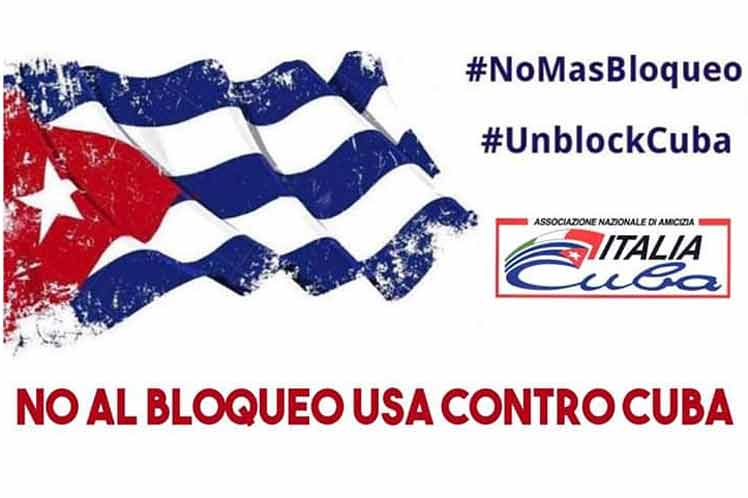 ANAIC President Marco Papacci told Prensa Latina that a growing number of organizations from different sectors have joined the initiative convened for May 29 and 30, including the National Coordinating Committee of Cuban Residents in Italy.

When convening the demonstrations, ANAIC recalled that, on June 23, Cuba will once again present its draft resolution at the UN General Assembly for the inconditional lifting of the economic, commercial and financial blockade imposed by the United States for almost six decades.

The end of the blockade, it pointed out, is the basis of all battles of the National Italy-Cuba Friendship Association, to which we dedicate much of our energies.

The internationalism and solidarity always shown by Cuba and recently experienced also in Italy, needs our support now, the solidarity organization stressed in its statement.