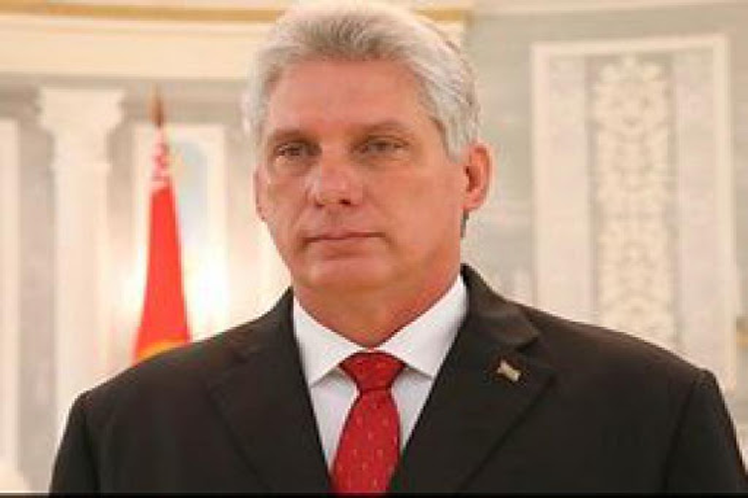 Havana, May 28 (Prensa Latina) President Miguel Diaz-Canel on Friday rejected slanders by the United States about Cuba's alleged lack of cooperation in the fight against terrorism.

On his Twitter account, Diaz-Canel wrote, ‘The empire, always perverse, goes once again with cynicism to lies.’

On Thursday, the Cuban Ministry of Foreign Affairs issued a statement in which it categorically condemned the certification by the US Department of State on Cuba’s little collaboration with its anti-terrorist efforts.

The Ministry pointed out that these accusations ‘are absolutely unfounded accusation used to pursue political purposes, intended to justify the attacks against Cuba, including the inhumane economic, commercial and financial blockade that is being suffered by our people.’

The text also rejects ‘the US unilateral and selective practice of singling out countries in arbitrary lists with regards to terrorism, which is void of any legitimacy and contrary to International Law and the UN Charter.’

Cuba ‘has been a victim of 713 terrorist actions, most of them organized, funded and perpetrated by the government of the United States or by individuals and organizations that are provided with safe heaven or operate with impunity in that country,’ the document stated.

It added, ‘Such actions have taken a toll on the lives of 3,478 persons and caused disabilities to 2,099 Cuban citizens.’

Cuba was described by the Donald Trump administration (2017-2021) as a country that does not sufficiently cooperate with anti-terrorist efforts since June 2020, a previous step for the country’s inclusion in the State Department’s list of countries that supposedly sponsor international terrorism.