Newspaper highlights impact of caravans against the US blockade 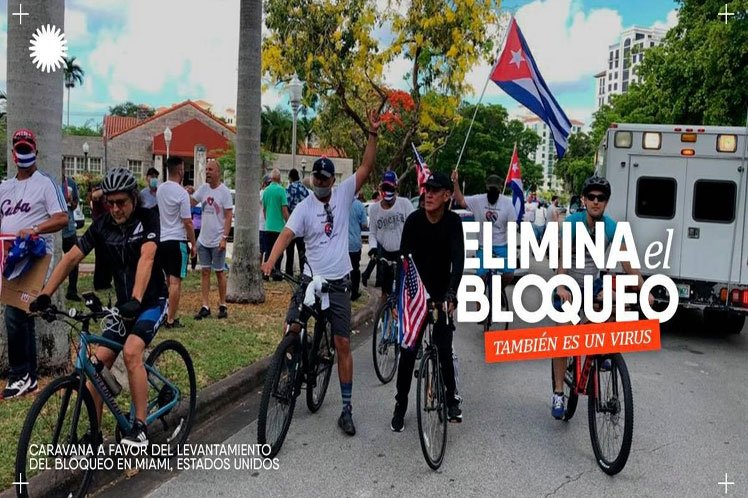 Newspaper highlights impact of caravans against the US blockade

The publication dealt with the impact of the caravan against the US blockade in Miami city, center of conservative sectors that support that policy described by the United Nations as genocidal and criminal.

The World Anti-Cuba Blockade Caravan united thousands and thousands of people who marched through the streets of the world on foot, by cars, bicycles, motors and even horses to demand the unconditional cessation of the unfair and illegal commercial, financial, psychological, diplomatic and media war against Cuba, the press release referred.

The author of the newspaper’s article highlighted the march in Miami, stressing the special importance because it is the place in the world where, unfortunately and cowardly, the blockade receives the most support.

In its 10th edition, this was the most crowded of all with over 100 cars, bicycles and motors and the active participation of over 200 people, to which two things were added, one worthy to stand out and the other very unworthy, but equally ‘remarkable.’

The event achieved a ‘huge visual impact’ for its demand to President Joe Biden to fulfill his campaign promises and reinstate family reunification, remittances and travel procedures, Diario Latinoamericano reported.

Meanwhile, the presence of about twenty ‘haters,’ the classic Miami ‘opponents’ was remarkable. They not only ‘adorned’ with offenses and swears their petty attempt to counteract the enormous impact that the Bridges of Love initiative is having, he lamented.

‘President Biden, who are you going to listen to, those who did not vote for you and will never vote for you or any Democratic project or those who voted for you trusting that you could do something good for both the American people and the Cuban family?’, the author of the article asked.

The Diario Latinoamericano daily is a publication of Neo Citizens Group Inc.