Cuba denounces US blockade in UN Committee on South-South Cooperation 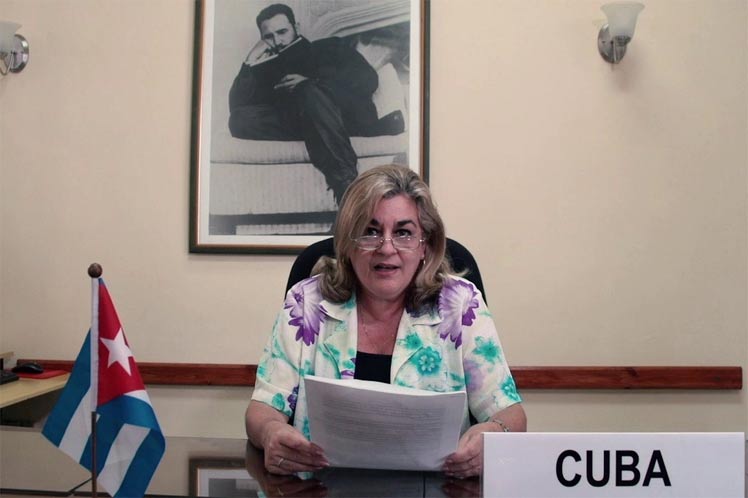 Cuba denounces US blockade in UN Committee on South-South Cooperation

Speaking in the 20th Period of Sessions of the United Nations High-Level Committee on South-South Cooperation, Rivas advocated respect for International Law, multilateralism, alliances, and solidarity cooperation between countries.

These, she said, are premises that will allow us to move towards a better future, without leaving anyone behind, essentially in the current stage marked by the impact of the Covid-19 pandemic.

‘In this context, Cuba ratifies its denunciation of the genocidal and illegal economic, commercial and financial blockade that the United States government has imposed on us for decades; the application of the extraterritorial Helms Burton Law and the arbitrary and unjustified inclusion of our country in the list of countries sponsoring terrorism, ‘she said.

She stressed that, in the midst of the health crisis that the world is suffering, Cuba demonstrated its commitment to Health and Life through its medical cooperation.

The deputy minister highlighted that during the years 2020 and 2021, 56 Cuban medical brigades of the Henry Reeve Contingent have provided services in 40 countries.

At the same time, she added, the Antillean nation is advancing in the development of five vaccine candidates against Covid-19 for the benefit of the entire Cuban population and those of other countries.

By the end of August, she announced, we hope to have 70 percent of the Cuban population immunized.

Rivas said that this ‘has been possible thanks to the political will of our Government and the dedication and dedication of our health professionals, scientists and researchers.’

‘The world can continue to count on Cuban cooperation to support progress towards the implementation of the 2030 Agenda for Sustainable Development,’ she declared.

In the face of the pandemic and other possible crises, the official commented that an innovative and flexible approach is required that allows a timely response, and greater support from multilateral and financial, regional and international institutions.