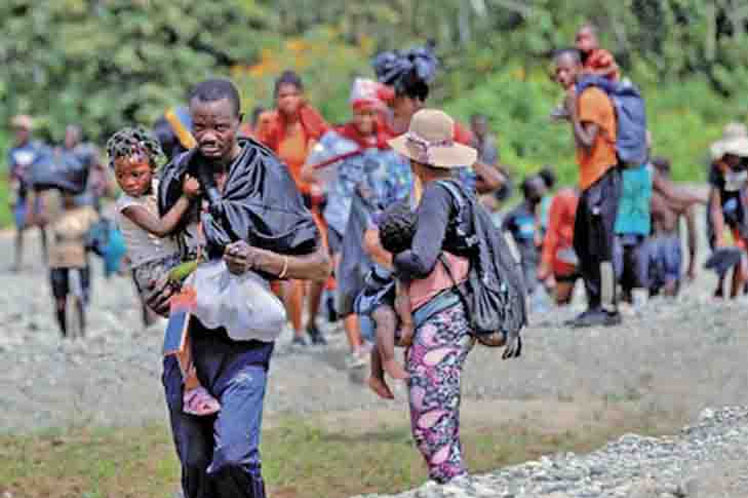 The National Border Service (Senafront) found three other bodies floating in the Marraganti river last Sunday, in the middle of the Darien jungle, who presumably perished by immersion while trying to cross one of the most dangerous jungles in the world.

Previously, authorities also found bodies floating in the streams, victims who join the undetermined number who die from various causes in the jungle, as expressed by multiple testimonies of hikers.

‘This route is highly dangerous and risky for those who use it to enter Panamanian territory, due to its inhospitable and jungle conditions, as well as the climate which is very variable,’ declared the senior prosecutor of Darien, Julio Vergara Castillo, reported the newspaper La Estrella de Panama.

‘According to necropsy reports, most of the deaths have been by immersion and (so far) no traumatic deaths by homicide have been recorded,’ the official added.

The flow continues despite the fact that the Isthmian government closed its border with Colombia since May 20, in response to the contrary action taken by the neighboring country, which opened the passages between Ecuador, Brazil, Peru and Panama for ‘economic reasons’.

Darien is considered one of the most dangerous routes for irregular migrants in the world, not only because of the characteristics of a tropical jungle with fast-flowing rivers and wild animals (snakes, jaguars) and insects that can transmit diseases, but also because organized crime groups hide there.