US Secretary of State arrives in Costa Rica 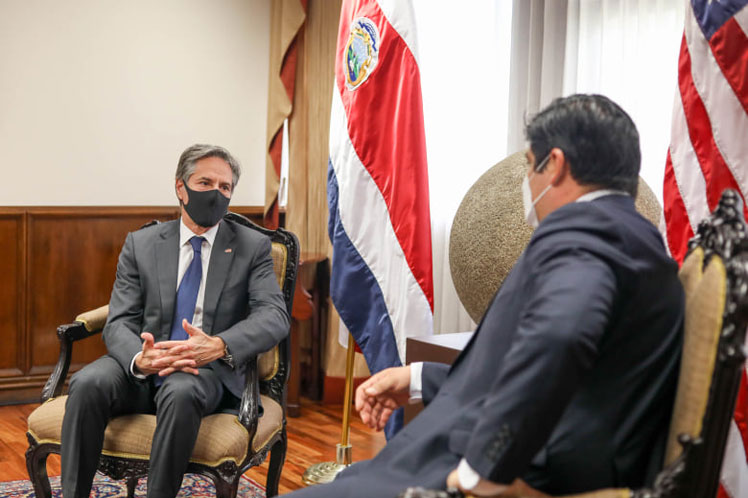 US Secretary of State arrives in Costa Rica

For Costa Rica, political dialogue, democracy, human rights, security, climate change, trade, investment and tourism, as well as cooperation, including in the area of health, constitute the main axes of its relation with the United States, according to a press release from the Ministry of Foreign Affairs and Worship.

Those issues will be part of the agenda of the meetings that Secretary Blinken will hold in this country with President Carlos Alvarado and Foreign Minister Rodolfo Solano, as well as with Ministers of Security Michael Soto, of Environment and Energy Andrea Meza, of Health Daniel Salas and of Foreign Trade Andres Valenciano.

According to the agenda distributed by the Presidential House, Blinken will also have a meeting with the foreign ministers of the member countries of the Central American Integration System (SICA) and the Secretary of Foreign Affairs of Mexico.

Blinken’s visit to Costa Rica is rejected by political parties, trade unions, social, popular and human rights organizations, which expressed their concern over the visit, a signal to invade and provoke deaths in our Big Homeland, Latin America.

Therefore, the members of those groups will hold at 17:00 (local time) a demonstration for peace and self-determination of the peoples in front of the statue of Juan Rafael ‘Juanito’ Mora Porras, in San Jose.