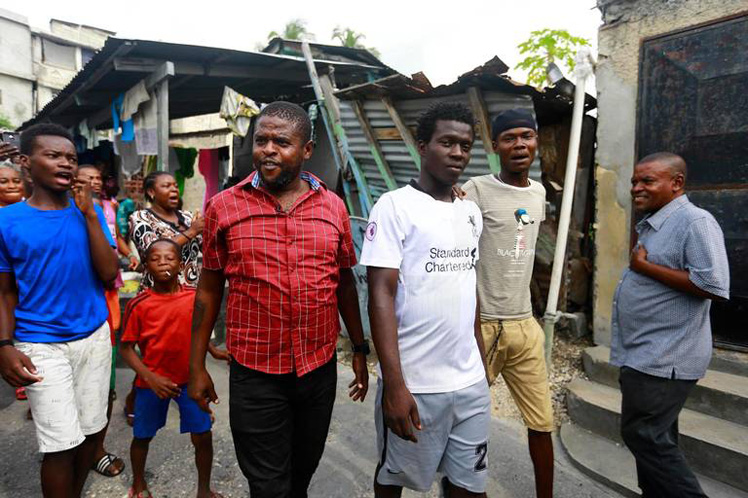 This Friday, from early morning hours heavy gun shots are heard in the area, local residents continue to move away towards downtown or neighboring areas.

According to local Media, at least 30 people have been treated for bullet wounds at ´Doctors without borders´ hospital located in Cité Soleil at the other end of Port-au-Prince.

Meanwhile, Didier Herold Louis, head of the National Ambulance center confirmed this Friday the blocking by armed individuals of two of their vehicules heading to Mirebalais hospital, one of the few close to the capital still accepting patients with Covid-19. They had to turn back as they couldn´t reach the hospital.

The firing exchanges, on which no comment has been made by the Government, have disrupted the normal working of Digicel, biggest telecommunications company in the country.

Its CEO, Mateen Bout has confirmed that several optic fibers have been cut in the Martissant area, slowing down services in South, Southeast, Nippes and Grand Anse districts.

In many of those areas voice calls can only be made in 3G platforms, he acknowledged, and asked users to remain calm.

The dispute over territories intensified since last Tuesday after a month of relative truce among two of the biggest gangs in the country.

According to the National Net for the Defense of Human Rights, events such as these have cost already the lives of 125 people form past August to May this year only in Cité Soleil and Martissant neighborhoods. Meanwhile, the government does not keep its promises of fighting violence and insecurity.