Cuba and Ukraine have potential to intensify cooperation 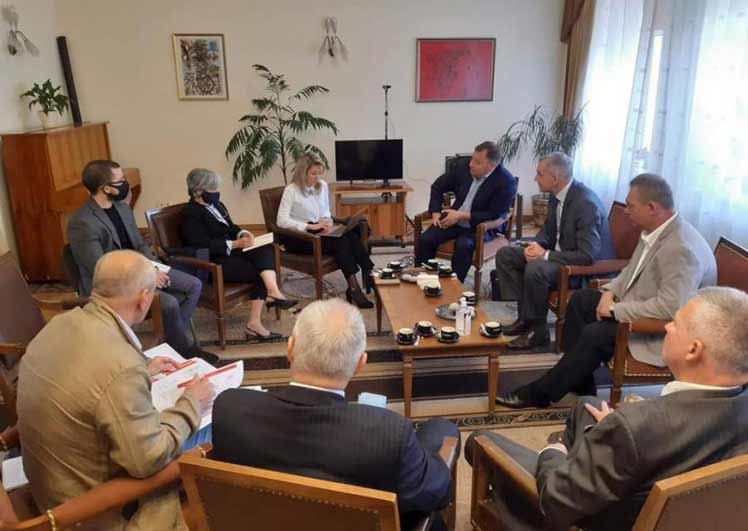 Cuba and Ukraine have potential to intensify cooperation

‘To reactivate and accelerate this development, we must first find financial mechanisms in Ukraine that act in support of exporters,’ Diaz warned in an interview for the Diplomatic Chronicles program of the Rada television channel, of the Parliament in this country.

She pointed out that this would allow Cuba to resume imports of Ukrainian products directly, since many of them today reach the Caribbean nation through third parties.

The diplomat explained that at the same time, Cuban exports of goods and services to this market should be promoted. In this sense, she stressed there is great potential in the field of health, biotechnology and the agri-food industry.

‘We can develop joint programs of medical treatment, both by sending Ukrainian patients to Cuba, and by hiring Cuban medical personnel who can also contribute to the exchange of experiences,’ she assured. Since 2018, the exchange between the Chamber of Commerce of Cuba and the Chamber of Commerce and Industries of Ukraine has increased and an example of this, she said, was the First Medical-Pharmaceutical Forum, held in Kiev with more than 30 companies from both countries.

She mentioned that the Ukraine-Cuba Business Forum also took place in September 2019, with the attendance of 60 companies from the island representing different sectors.

Another example of the development of bilateral ties was the Ukrainian participation in the 2019 Havana International Fair, where memoranda of cooperation were signed with several companies of the island.

Díaz pointed out that these exchanges made it possible to define projects of interest in priority areas such as iron and steel, pharmacology and biotechnology, telecommunications and energy.

Such agreements allowed the supply to Cuba of spare parts for KRAZ trucks and Yums tractors; of construction equipment and materials, as well as food products, among others.

In addition, they facilitated the registration and import into Ukraine of Cuban biopharmaceutical products that have no analogues in the world, including Heberprot-P against diabetic feet and other drugs against Covid-19, skin and lung cancers and hepatitis.

As a key point of cooperation, the ambassador cited the care of Ukrainian children in the Tarara rehabilitation center, east of Havana, where more than 24,000 victims of the Chernobyl nuclear accident in 1986 were treated.