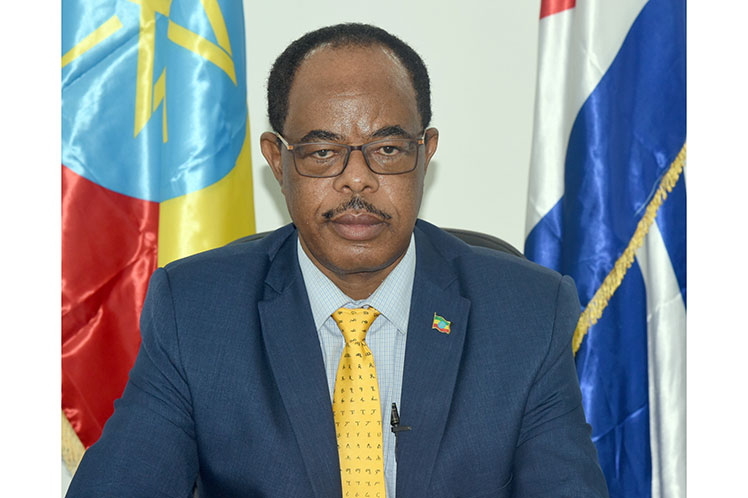 In an interview with Prensa Latina, Mr. Mamo Kedida set out that Ethiopian authorities implemented an economic reform agenda in order to turn Ethiopia from a basically-agrarian low-income country into an industrialized lower-middle-income country by 2030. It will require – Kedida said – a great effort from all economic sources, including private sector amid a State’s decreased financing capacity.

Ethiopian authorities´ efforts also include both political and social reforms in the complexity of a nation with more than 80 ethnic communities and nationalities, with their own languages, diverse cultures and traditions, among which it is intended to achieve equity and peaceful coexistence.

As part of this transformation, general elections are being organized for June 22, open to 40 million Ethiopians who will vote among candidates from 47 parties. Observers from the African Union (AU) and the European Union, in addition to 111 national observers, were invited to the vote, he said.

One of the comprehensive economic project´s mainstays is the Great Ethiopian Renaissance Dam (GERD), to which Ethiopia contributes 86% of its flow and yet has not benefited from it so far.

The hydroelectric plant that is also built there, he said, will help to provide electricity to 60% of rural population, as well as to sell energy to border nations.

Neighboring Sudan and Egypt expressed apprehension that this work will reduce the torrent of the Nile River which they also benefit from. Addis Ababa said that it builds it on internationally-accepted principles for its equitable and reasonable use, and without causing significant damage to those countries the river runs through.

For months, tripartite negotiations have been conducted, in particular last meetings supported by the African Union (AU) but without reaching an agreement yet.

One of the great internal challenges is the normalization of life in the northern region of Tigray, where local leaders broke with the central government at the end of 2020.

Amid political worsening, the Tigray People´s Liberation Front (TPLF) attacked the national defense forces, towns and public facilities, to which the Army responded to restore law and order.