Lula asked U.S. to give up meddling in other nations´ internal affair 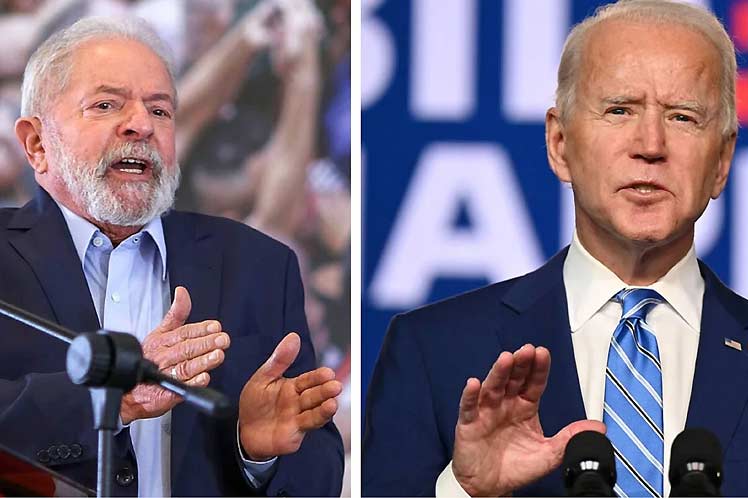 Lula asked U.S. to give up meddling in other nations´ internal affair

‘That idea that the United States is a beacon for the entire world and does not let anyone compete economically is wrong,’ said Lula during an interview with RT News.

He pointed out that the States ‘should know that we don’t want a sheriff or a guardian, we want a partner. We want brothers and sisters,’ Lula stated.

‘We show that Brazil can have sovereignty and international leadership, and that this can be reached without having to ask the United States for it,’ he said.

Lula insisted that you it is not necessary to ask Washington for permission ‘to own our backyard.’ The ‘problem is that Brazil has a ruling class, a servile elite. Brazil cannot do anything without asking the United States for permission,’ he denounced.

Regarding President Jair Bolsonaro´s leadership, former PT leader stressed that the Bolsonaro administration is grievous and ‘almost genocidal’ due to nearly 500,000 coronavirus deaths.

‘Bolsonaro did not define protocols, he did not meet with scientists or state governors, he did not make the decisions that any democratic government that takes care of its own people would have taken to,’ Lula said.

For Lula, part of issue was Bolsonaro´s politically-motivated decisions to strongly reject Chinese and Russian Covid-19 vaccines. He stated that public health policy should not be based on ideologies.

About his possible involvement in forthcoming electoral race, the former president (Lula) did not confirm it and only alleged that Bolsonaro’s control over power is reduced as public support for him diminishes.

‘I´m pretty sure that democracy will win the 2022 elections,’ Lula forecast.