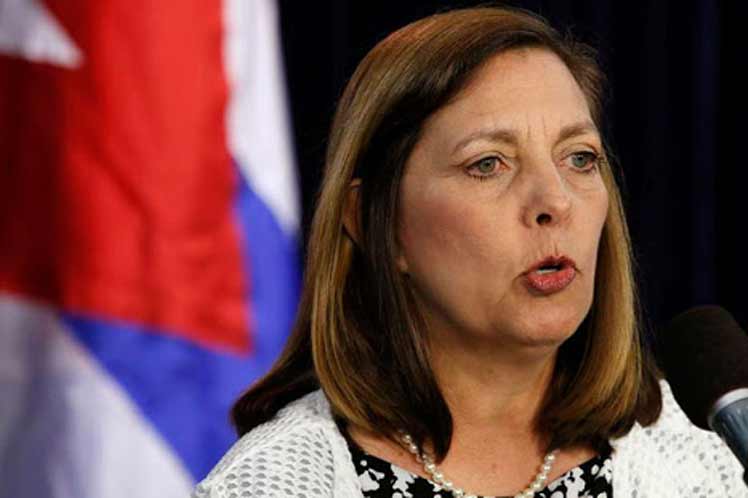 In an interview with reporter Stephen Wicary, from US news agency Bloomberg, Vidal said that Cuban officials are surprised by the fact that the stance of the White House so far has not changed since the Trump administration.

The diplomat cited Biden’s campaign promises and said that Cuba expected the US president to revoke ‘at least the most cruel measures’ of the 240 ones imposed by his predecessor.

Under Trump, the United States banned cruise ships from stopping in Cuba, restricted flights and barred US remittances.

He also allowed the filing of lawsuits for nationalized property after the triumph of the Cuban Revolution on January 1, 1959, which brought Fidel Castro to power.

In his last weeks in office, the Republican president included Cuba again in the list of countries that, according to Washington, sponsor terrorism, an action condemned by Cuban authorities for considering it unilateral, unjust and illegal.

The agency highlights that the diplomat, one of the main negotiators of then Cuban President Raul Castro before Barack Obama’s visit to Havana in 2016, said that her country is still ‘willing to continue to build a civilized and respectful relation with the United States.’

Vidal noted that her government’s priorities, in the event that Washington returned to the negotiating table, are the lifting of travel and remittances restrictions, and revoking Tittle 3 of the Helms-Burton Act, which allows lawsuits for nationalized property, as well as the removal of Cuba ‘from the illegal and unjust list of nations that sponsor terrorism.’