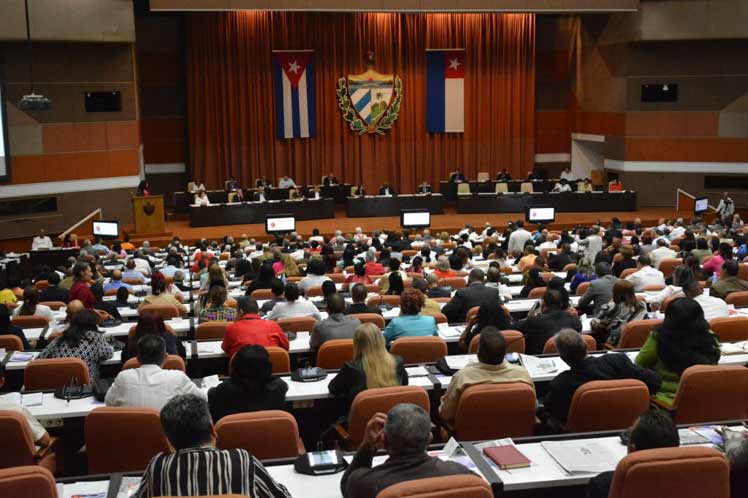 In a statement published on the Cuban parliament’s website, the lawmakers point out that adopting such a decision undermines the credibility of the institution of the known old continent and reflects the double standards in its actions towards Cuba.

There is no intention whatsoever to cooperate or dialogue, the text refers adding that this way of behaving is disrespectful, since Cuba is a free, independent and sovereign State.

Cuban parliamentarians vigorously condemned the ‘monstrosity promoted by the most extremist representatives of the Spanish political groups Partido Popular and Vox’, and noted that the European Parliament was held hostage by a small group that has links with Miami-based organizations financed by the US government.

Meanwhile, ‘in the face of the violent, vulgar and neo-fascist rhetoric of this minority group of MEPs, dignified voices were raised to expose the truth about Cuba and described the action as hypocrisy,’ the statement referred.

The text alludes to the pronouncements of several MEPs on the US blockade, which was considered the most flagrant violation of the human rights of the Cuban people.

Likewise, those representatives were in favor of developing a respectful and constructive relation between Cuba and the European Union (EU).

‘A resolution such as this one, plagued by double standards, does not keep us awake at night,’ the document refers, adding that the Cuban legislators, along with the citizenry, will further strengthen the country’s regulatory structure so that it prioritizes the full enjoyment of all rights for all people.

‘The campaigns promoted by the enemies and their lackeys fail the will of our people to continue advancing united in the construction of an increasingly fair and democratic society,’ they maintain and state that reason is and will be its shield.

On Thursday, the European Parliament approved a resolution in which it assures that Cuba ‘has not registered concrete advances in relation to the principles and general goals pursued by the Political Dialogue and Cooperation Agreement with the EU.’

The debate on the issue took place on Tuesday and in this the EU High Representative for Foreign Affairs, Josep Borrell, defended the Agreement and criticized the tightening of the US blockade during the Trump administration (2017-2021).